City Hall officials have commissioned an urgent report on plans to turn the northern roundabout at the Elephant & Castle into a four-arm junction controlled by traffic lights. 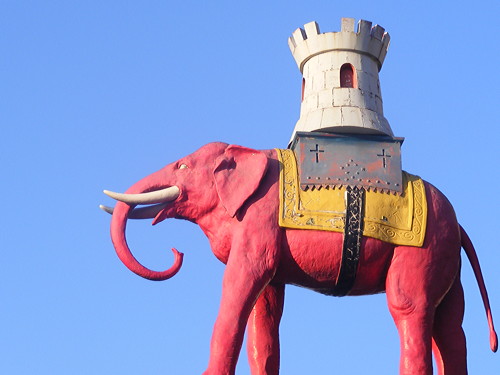 The Greater London Authority is to spend Ł25,000 on an urban design study of the Elephant & Castle's northern junction by architects Witherford Watson Mann.

The urgent study has been commissioned at the behest of the Elephant & Castle "strategic stakeholder group" whose members include Southwark Council leader Peter John and London's deputy mayor for transport Isabel Dedring, as well as representatives of Lend Lease and other local developers.

"In early February the Elephant and Castle strategic stakeholder group requested that an urban design study be carried out, in particular evaluating the options currently under consideration to peninsularise the northern roundabout," said a City Hall report published on Friday.

"The aim of the study is to consider how these proposals will enhance the area for all users and how they can help to deliver transformational change from transport-dominated space to a delightful place, cherished by locals, regulars, and occasional visitors alike."

The reference to 'peninsularisation' suggests that Transport for London's earlier objections to the removal of the gyratory system on the grounds it would have an unacceptable impact on traffic flow have been overcome.

Witherford Watson Mann has been chosen because of the firm's work on the Bankside Urban Forest over the last six years and its involvement last year in the upgrade of the Thames Path in Southwark and Lambeth in preparation for the Olympics and Paralympics.

The architects have been tasked with drawing up a draft report before Easter with the final document to be completed in May.

According to the brief, the study will "deliver an assessment of how proposed changes to the road layout can support the wider vision for an improved and transformed public environment that functions both as a place of efficient and comfortable interchange and as a destination in its own right.

"Sufficient detail should be provided to communicate an impression of what it would feel like for a pedestrian to move through the improved arrangement of public space where the northern roundabout is located and through adjacent spaces and of the types of uses that it could support."

The City Hall report authorising the commissioning of the study further notes that further delay to the transformation of the road junction and the Elephant & Castle regeneration would "expose the Mayor and mayoral bodies to high-level reputational damage".

News of the urban design study comes days after Mayor of London Boris Johnson revealed that TfL is considering whether a 20 mph speed limit might be appropriate at the Elephant & Castle junction.