"Platform is a platform for the quality of produce that Barnaby is producing," said Tony McKinlay at the opening of his Tooley Street restaurant a few doors from the London Dungeon. 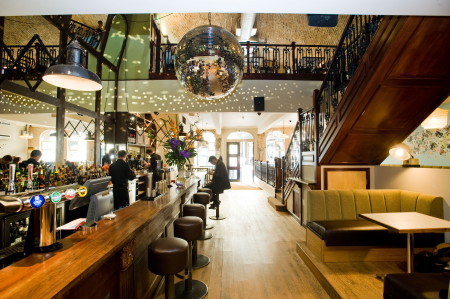 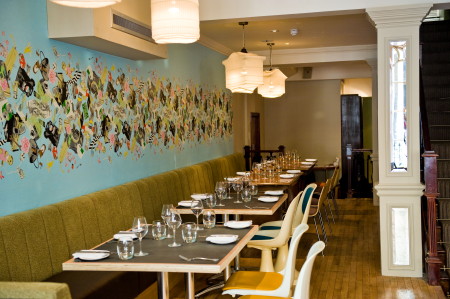 Addressing a packed launch party on Thursday night he introduced his partner Barnaby Butterfield who is supplying meat direct from his Devon farm and "cutting out the middle men".

Their joint enterprise, so named because it is under London Bridge Station's platform one, is the result of a conversation between the friends over freshly pressed Devon cider.

"Why is it you never get to see the tastiest part of a bullock or lamb?" asked Barnaby.

"We need to use every piece of that animal," said Tony who claims that Platform will have some of the best chicken, lamb, beef and pork from the free range farm.

Head chef Jake Tuthill, who has come from The Gun on the Isle of Dogs, says: "There are only a couple of other restaurants I know of in London where the chef can work from a whole carcass. It gives you real choice over the cuts you can use."

Much of the food will be prepared at a nearby in 'larder kitchen' in Druid Street with menus changing daily according to what has arrived from the country. Apple juice, cider and ginger beer also comes from the farm near Crediton.

Speaking to the first night guests about the railway arch, former local resident Tony said: "Everything you see here apart from the bar and the wine cages is recycled."

Earlier he pointed out that even the building itself was recycled having briefly been a piano bar called Rembrant's which was at the centre of a political row about lap-dancing.