The 10th anniversary of the opening of Tate Modern in the former Bankside Power Station was celebrated on Wednesday with a procession from Borough Market. 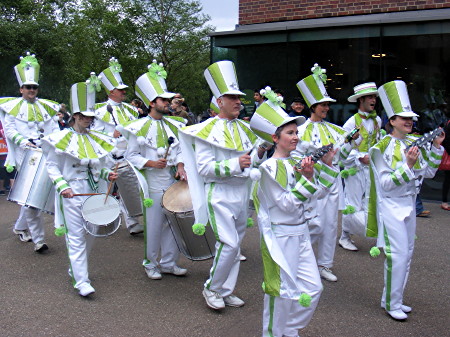 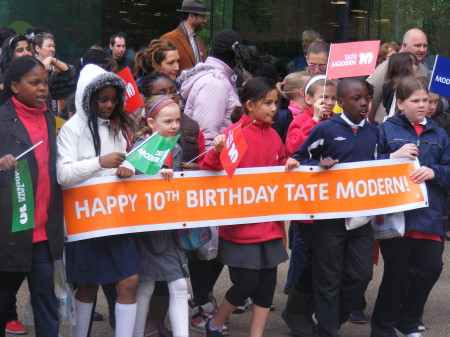 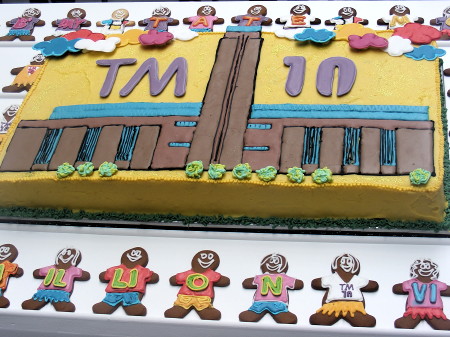 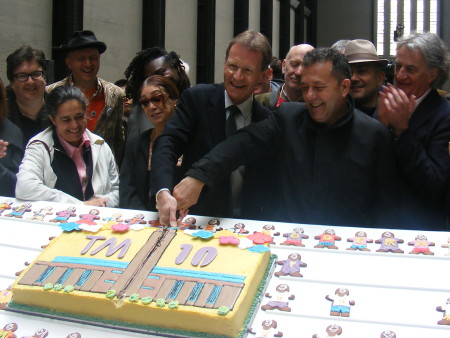 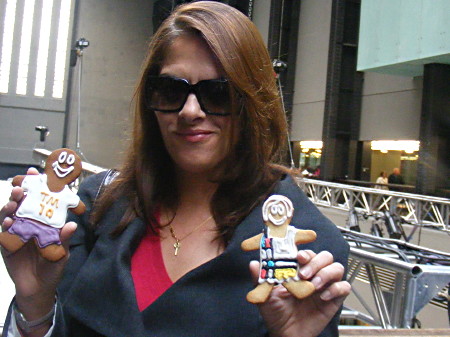 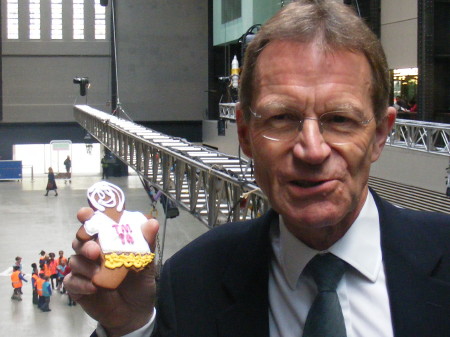 Children from local schools including Cathedral School, Charles Dickens Primary School and Friars Primary School gathered in Stoney Street for a procession along Clink Street and Bankside led by the Waterloo-based London School of Samba.

At the gallery the procession was greeted by Tate director Sir Nicholas Serota as well as artists and designers including Tracey Emin and Sir Paul Smith.

The Queen officially opened Tate Modern on 11 May 2000 with the public admitted for the first time on the following day.

Since then, 45 million people have come to Bankside to visit Tate Modern, far surpassing the original estimates and giving urgency to Tate's plans to expand its gallery space and visitor facilities.

The celebrations continue this weekend when No Soul for Sale takes over the Turbine Hall for three days of monumental structures, witty interventions, epic performances and interactive installations.

On Sunday the Bankside Views event encourages local residents to bring along an object or image that represents their relationship to the gallery.