Bernard Cribbins was at Waterloo International on Thursday to hand over his porter's cap to Marshall Lancaster who will play Mr Perks in this summer's production of The Railway Children. 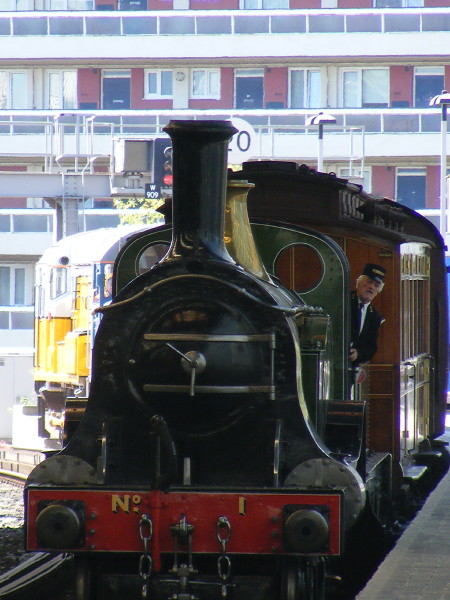 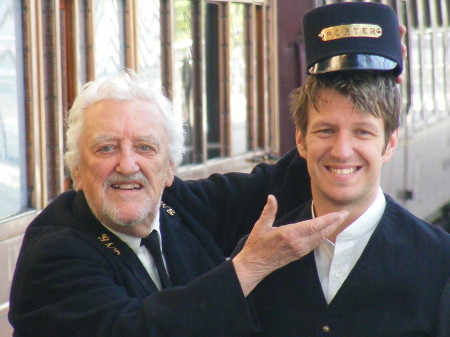 Bernard Cribbins hands over the porter's cap to Marshall Lancaster 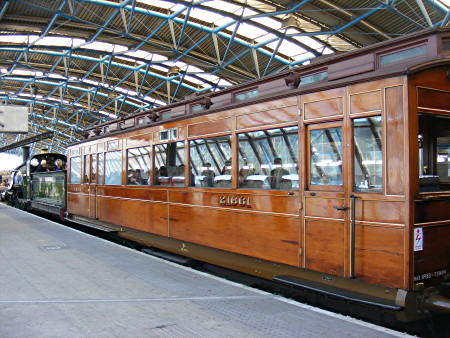 A 66-tonne Great Northern Railway Stirling Single locomotive – dating from 1870 – will feature in the stage production along with the gentlemen's saloon carriage that appeared in the 1970 film of E Nesbit's book.

The locomotive and carriage arrived at Waterloo in the early hours of Thursday morning and were unveiled to the press later in the morning.

This summer a 1,000-seat auditorium will be constructed above platforms 23 and 24 of the disused Eurostar terminal at Waterloo. Mike Kenny's adaptation of The Railway Children opens on 4 July and is booking until 4 September.

Bernard Cribbins, who played Mr Perks in the 1970 classic film, was on hand to meet Marshall Lancaster who will play the same role in this year's stage show.

Marshall Lancaster is best known on television for playing DC Chris Skelton in Life on Mars and Ashes to Ashes.

The professional cast, including David Baron, Nicholas Bishop, Louisa Clein and Caroline Harker, will be joined by a supporting cast of young people from Lambeth and Southwark. More than 100 children auditioned for roles in the production.

The production is supporting the Railway Children charity which helps homeless and runaway children around the world; Ł1 from each ticket sale will be donated to the charity.