The first of the 400 docking stations for Barclays Cycle Hire has been installed outside the Blue Fin Building on Southwark Street, seven weeks before the hire scheme launches. 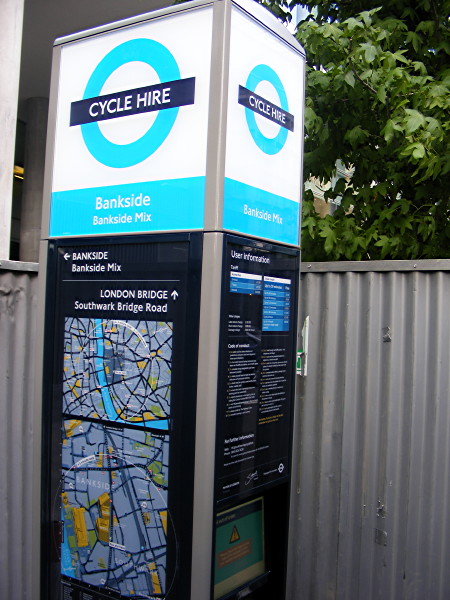 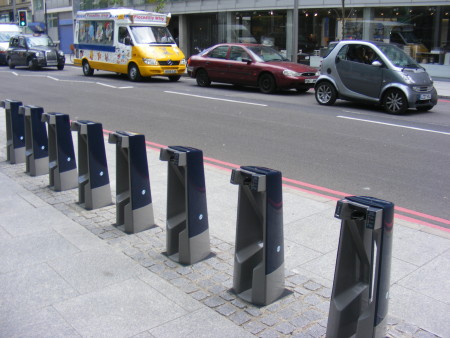 Further test docking stations are being installed in SE1 on Union Street (opposite Ewer Street), and another on Southwark Street (close to the junction with Borough High Street).

The full docking station installation programme will start once all the test site installations are complete.

According to figures released by the Mayor this week in response to a question tabled by Val Shawcross AM, To date, out of a total of 498 Barclays Cycle Hire planning applications, 75 sites have been refused by local councils.

TfL is also encouraging those keen to saddle up for the scheme, which launches on Friday 30 July, to watch a three minute film explaining how it works.

The film, posted on YouTube, guides people through the process of how to hire a bicycle, and stars a range of Barclays Cycle Hire cartoon characters.

"It is now just a matter of weeks until Londoners are able to use the cleanest, greenest and healthiest form of public transport that the capital has ever seen," says Boris Johnson.

"Although people won't be able to use the docking stations until the scheme launches on 30 July, they are a very visible sign that the countdown has begun to the arrival of a brand new public transport system that will transform the way that people travel around the centre of our city."

David Brown from TfL said: "The installation of the first docking stations will give Londoners and visitors to the city a real sense of how the landscape and travel behaviour in Zone 1 is set to change with the arrival of Barclays Cycle Hire.

"We are very keen for people to find out more about this exciting scheme by visiting one of the many roadshows already under way across central London or by watching our short film online."

The roadshow is coming to Southbank Centre Square on 31 July and City Hall on 2 August.

Residents of Southwark and Lambeth (and other boroughs covered by the cycle hire scheme) can also sign up for training on one of the Barclays Cycle Hire bicycles.