Union Street was filled with the sound of vuvuzelas and whistles on Thursday lunchtime as members of the Fire Brigades' Union held a protest outside a meeting of the London Fire and Emergency Planning Authority (LFEPA). 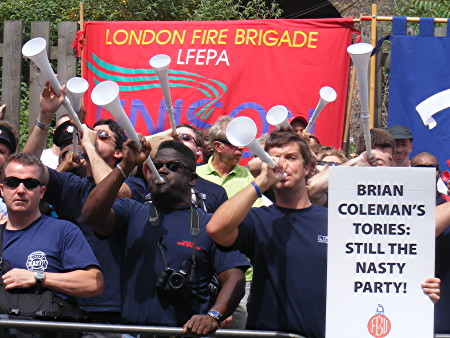 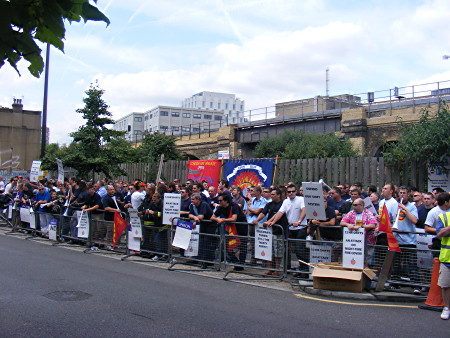 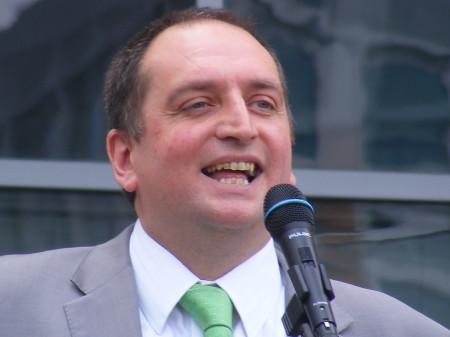 The union is protesting against plans by the Conservative-controlled fire authority to impose a new 12-hour shift pattern.

The day shift currently starts at 9am and runs until 6pm (9 hours) with a night shift starting at 6pm and running until 9am (15 hours).

The demonstration outside the London Fire Brigade HQ on Union Street was addressed by speakers including Green Party London Assembly member Darren Johnson, who also serves on the fire authority.

There was a heavy police presence at the demonstration and community wardens flagged down motorists to warn them to drive slowly past the protest.