The Halloween rave in a disused fire brigade HQ building which led to a riot on the streets of Lambeth was "a very concerted and well-planned attack", a senior fire officer has said. 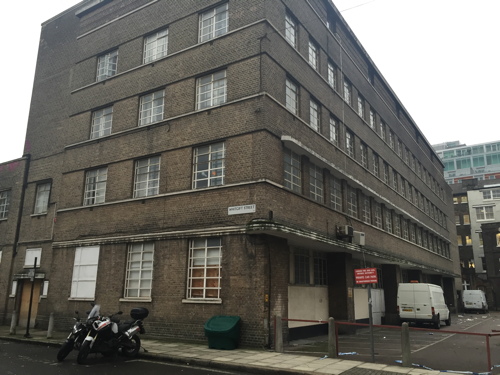 A disused London Fire Brigade HQ building at the junction of Lambeth High Street and Whitgift Street was the venue for the 'Nightmare on Scum Street' Halloween rave which led to violent clashes between police and revellers in nearby streets.

Members of the London Fire and Emergency Planning Authority's resources committee asked officers for more information about what had happened at their meeting on Thursday.

"We have upped the security at the site," said Dominic Ellis, deputy assistant commissioner.

"Anyone that's been there will have seen that we have put immovable concrete barriers to stop this kind of thing happening again.

"I'd just like to reiterate that this was a very concerted and well-planned attack on this site.

"This Monday morning we had 15 to 20 of the revellers come to the site at about 12.30am to try and get their stuff back.

"Again, [we had] another concerted attempt to get in which our security very professionally repelled.

"I am very confident that the security we have on site is good.

"I think it was good in the first place; this was just an extremely determined attack on that site."

Fire authority chair Gareth Bacon AM said: "They have broken into a building that isn't theirs and they've left stuff there; it looks like they've thrown it away to me.

"I think we should just take it away and destroy it – or sell it."

After further questioning from LFEPA members, Mr Ellis added: "This was a really rapid, illegal entry onto our site to which our security guards responded as soon as they heard it coming through the doors and were confronted and outnumbered by about 10 to 1.

"[These people] knew exactly what they were going to do: points of entry, cropped locks ... [they] drove at speed down the side of Albert Embankment, cropped the next lock, [drove] at speed into the appliance bay area and dominated the space.

"The security came straight down and confronted them and probably did over and above what they could reasonably have been required to do in the circumstances."

Committee members asked for a further report on the costs of the incident to the fire brigade.

The committee also heard that the fire authority currently has a long list of six firms bidding to redevelop the Albert Embankment complex.

The London Fire Brigade Museum and Lambeth Fire Station are to be incorporated into any future development.