Pupils from the London Nautical School were among 48 teenagers on board the Tall Ships Youth Trust's 60-metre brig Stavros S Niarchos as it passed through Tower Bridge on Wednesday evening. 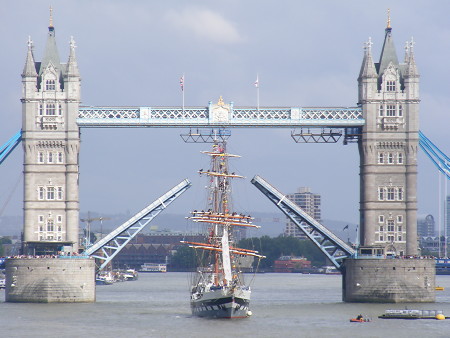 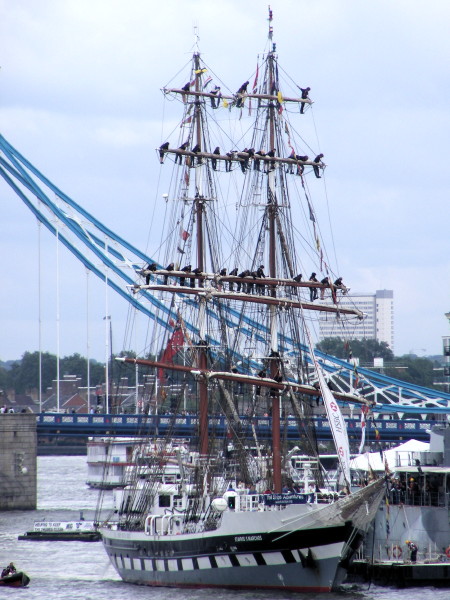 The ship arrived in the capital at the end of the 10th anniversary Voyage of Achievement funded by the HSBC Global Education Trust.

The square-rigged brig moored alongside HMS Belfast after a 10 night sail from Newcastle via the continent with a voyage crew of 48 specially selected students from 21 schools from across the UK.

The students aged 16-18 manned the yards 45 metres above the river as Tower Bridge lifted to allow the ship to enter the Upper Pool.

The crew included pupils from the London Nautical School in Stamford Street.

During the voyage they have worked in teams to scale the ship's masts, scrub decks, keep watch and practice man overboard and other safety drills.

More than 400 young people have taken part in the Tall Ships HSBC Voyage of Achievement over the past ten years and a number have returned to work as volunteers for the Tall Ships Youth Trust charity. Some have gone on to develop a career within the marine industry or taken up sailing as a lifelong interest.

"Sailing can be an inspirational experience," says Paul Sinclair of the HSBC Global Education Trust.

"These voyages develop important life skills that young people can take back into their community, school or into a future career."

Tower Bridge will lift at 7.15am on Saturday for the ship's departure from the Upper Pool.

• The London Nautical School was one of the Lambeth schools hit by Michael Gove's recent announcement of cuts to the Building Schools for the Future programme. Plans to expand the school to accommodate 75 extra pupils have now been cancelled.