Archbishop of Westminster Vincent Nichols was guest of honour at the opening of CAFOD's new green headquarters in Westminster Bridge Road. 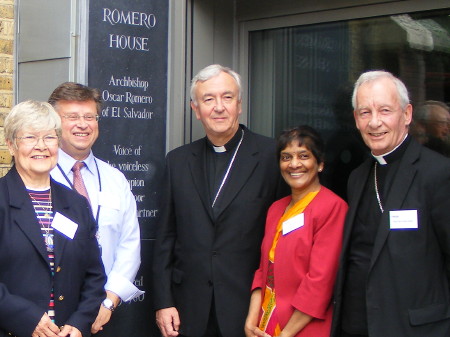 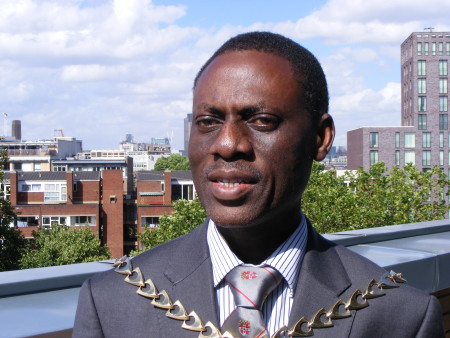 CAFOD, the Catholic Agency for Overseas Development, has moved to its purpose built offices next to St George's Cathedral after 28 years in Stockwell.

The building has been named Romero House after the 20th-century martyr Oscar Romero, Archbishop of San Salvador and champion of the poor, who was murdered in 1980 whilst celebrating Mass.

"The work of development carried on through this building is a work of service, the unfolding of the mystery of God's presence in our world and of God's presence within the life of each of us," the Archbishop told the staff on Thursday afternoon.

National Board of Catholic Women president Christine Newman recalled how the Family Fast Day in Lent, started fifty years ago by catholic mothers' organisations, led to the founding of CAFOD.

The Mayors of both Lambeth and Southwark were among the guests along with Cathedrals ward councillor Geoffrey Thornton.

Romero House, in keeping with CAFOD's LiveSimply initiative, has been designed to be cost effective and environmentally friendly. It has achieved the highest BREEAM (BRE Environmental Assessment Method) rating.

There is no car parking and staff are encouraged to use public transport. Showers are available for cyclists. Director Chris Bain, who lives at the Elephant & Castle and can walk to work, described the location of Romero House as excellent for public transport.

The opening ceremony took place in the Pavilion, a rooftop staff recreation room with a terrace and views of both Westminster Cathedral tower and St Paul's Cathedral dome.

Also present at the opening were the new Archbishop of Southwark Peter Smith and St George's Cathedral dean James Cronin. CAFOD hopes the move to Southwark will enable the agency to strengthen its links with the local church community.

Sale of the site, once the cathedral car park, has resulted in St George's being able to redevelop the Amigo Hall for parish events.

CAFOD works with communities in over fifty countries in Africa, Asia and Latin America, supporting people to find their own solutions to poverty.