Local residents have a second chance to comment on Southwark Council's planning policy for Bankside, Borough and London Bridge this autumn. 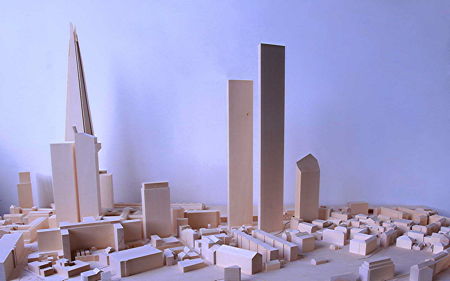 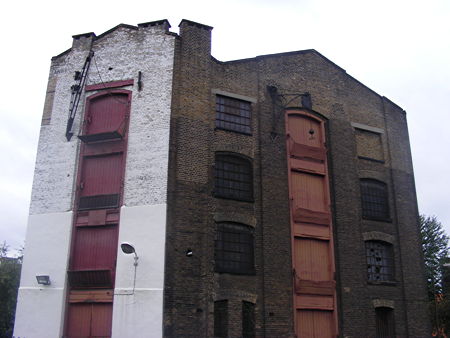 The council held a consultation on its draft Bankside, Borough and London Bridge planning framework back in March with a series of public meetings across the area.

The draft supplementary planning document (SPD) designates an area around London Bridge Station and Guy's Hospital as suitable for tall buildings. The inclusion of the eastern end of St Thomas Street – close to Bermondsey Street – in this tall building zone prompted a flurry of protests before the borough elections in May.

It is no secret that Sellar Properties wants to erect three high-rise buildings around St Thomas Street, including a redevelopment of the old tobacco warehouse now occupied by the Shunt theatre collective and the demolition of the empty warehouse at Vinegar Yard. This scheme is variously known as the Three Houses, Three Spires or Shardettes.

Anyone who has walked down Bermondsey Street in the past six months can't have failed to notice the posters, letters and images displayed on the hoardings at Globe House on the corner with Crucifix Lane.

Property developer Russell Gray – the man responsible for the Page's Walk tank – has used the hoardings to publicise his concerns about changes to Southwark Council's planning policy which could lead to the development of high-rise buildings along St Thomas' Street, and the impact this could have on Bermondsey Street.

Gray used an image of Centrepoint to indicate the likely heights of the Sellar towers and displayed these on a mock Southwark Council poster.

Southwark Council's Labour leader, Cllr Peter John, wrote to Russell Gray soon after taking office in May to confirm that the consultation on the SPD would be reopened.

"I do not personally support any high-rise development on Bermondsey Street, which I know is a unique and highly valued low-rise streetscape," said Cllr John.

Cllr Fiona Colley, cabinet member for regeneration, said: "Regeneration is crucial to bringing more jobs and prosperity to the borough.

"Over the next 15 years a range of development is expected to take place in Bankside, Borough and London Bridge, particularly new housing and business.

"But we can't forget that many Londoners have a stake in Bankside, Borough and London Bridge. They live there, work there and spend their free time there. We want to make sure that any future developments take into account their views on the area."

Gray says that he found out about the original consultation by chance, and soon realised that the draft SPD was "not just some pedestrian planning document to join a million others".

He says that between 150 and 200 people attended a public meeting he hosted at The Tanneries.

Gray readily admits he has been a "bogeyman" for Southwark Council – as a resident of the borough for a quarter of a century, he has been in dispute with the local authority for at least 20 years.

He describes a spat with the council over the use of the Southwark logo on his posters at Globe House as an "amusing distraction".

Now he has set up the Bermondsey Village Action Group (BVAG) to keep tabs on plans for the area. He has turned the ground floor of the newly restored Globe House into a temporary 'consultation cafe' to raise awareness of the issues and encourage more people to have their say.

The centrepiece of the consultation cafe is a 3D model of the London Bridge area showing the likely height and massing of the Sellar development.

"I don't dislike the Shard," says Gray, but he is less keen on the idea that London Bridge should become a cluster of tall buildings.

Instead he advocates a stepped approach to height, and says that the council should use contour lines to indicate acceptable heights for tall buildings.

The proposed demolition of the warehouse at Vinegar Yard particularly enrages him: it's "a brainless and grossly insensitive thing to do," he says.

Gray is clear that he will continue to challenge the council if they press ahead with the designated area for high-rise developments as currently proposed: "I won't shrink from taking them to court," he says.

Although the question of tall buildings affecting the setting of Bermondsey Street has grabbed the headlines, the draft document covers a much wider geographic area and a much broader set of issues.

The planning framework will help to shape the look of what the Mayor of London's London Plan calls an "opportunity area" with a target of 25,000 new jobs and 1,900 new homes by 2026.

The document covers the area from the Southwark borough boundary with Lambeth in the west to Tower Bridge Road in the east, and south to Borough Road and Long Lane.

• Find out more at www.southwark.gov.uk/bblbspd
• The council is holding a public meeting at Bermondsey Village Hall on Tuesday 12 October