A petition organised by Southwark Living Streets calling for the pedestrianisation of the Borough High Street slip road near the Borough War Memorial has been presented to the London Assembly at City Hall. 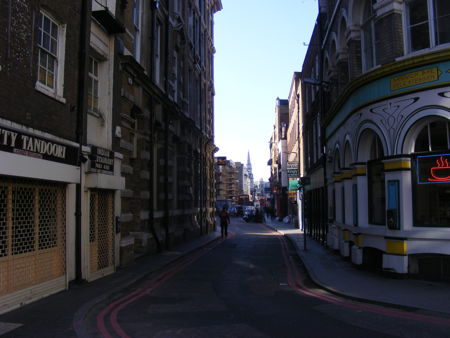 51 local residents and businesses signed the petition asking Transport for London to close the one-way section of Borough High Street to the west of the Slug & Lettuce bar which enables northbound vehicles to turn left into Southwark Street.

The petition was formally presented at Wednesday's meeting of the London Assembly by Val Shawcross AM. The petition will be passed to the Mayor of London who is required to provide a written response.

This week Boris Johnson's answer to a related question tabled by Val Shawcross was published by City Hall.

The Mayor said that TfL had confirmed that Southwark Living Streets' proposal would be feasible "providing sufficient funding could be found and dependent on the successful outcome of a local consultation and an analysis of the impacts on traffic flows".

Mr Johnson added: "TfL continues to discuss what improvements are affordable and could be delivered at Borough High Street with Southwark."

Southwark Living Streets says that even if pedestrianisation doesn't prove possible, measures should be taken to slow down traffic using the slip road to make the junction safer and more pleasant for pedestrians.

The future of Borough High Street was discussed at a recent themed meeting of Borough & Bankside Community Council where residents were invited to take part in workshops to discuss how the street might be improved.

Simon Hughes MP listed the renewal of Borough High Street one of his local priorities when he launched his election campaign earlier this year.

Do you support the pedestrianisation of this slip road?