Councillors to investigate social and economic impact of the Shard

Southwark councillors have launched an investigation into the social and economic impact of the Shard skyscraper currently under construction at London Bridge. 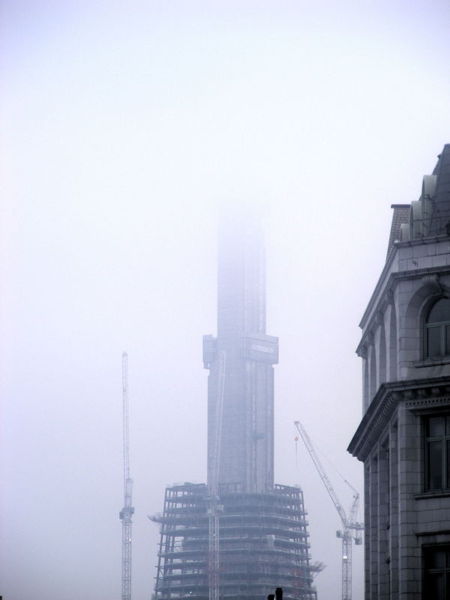 The regeneration and leisure scrutiny sub-committee met on Monday night to agree its plans for the investigation which will focus on the skyscraper's economic impact on the immediate locality and the economic and social impact of the development on Southwark as a whole.

The sub-committee will visit the Shard site and meet representatives of Sellar, the scheme's developer. Councillors also want to invite a local trader to join them on the visit to provide another perspective.

Committee chair Cllr Mark Glover said that he loves the Shard and can see it from the Tanner Street office of the public relations firm he owns.

Cllr Glover explained that the committee's investigation would not be concerned with what happened within the Shard but with the development's wider implications. "What is the impact on the surrounding area? Will it create local jobs? Is there the potential that it could put local businesses out of business? Or will it provide customers for local businesses?" he asked.

"We've got to take control of the regeneration and make it work for us," said Cllr Martin Seaton.

He expressed a fear that the Shard could turn out to be "just another rich persons' development which means that 99 per cent of people in Southwark can't actually go there".

He added: "If it's not creating jobs, then it's not regeneration – it's just transplanting wealth from one part of London to another."

Last year the council launched the Shard Southwark Vocational Programme funded from the skyscraper's section 106 agreement to provide training for local people to take up job opportunities in the Shard.

As part of the SSVP, Ł500,000 has been invested in the creation of real working environments at Southwark College's Waterloo Centre in The Cut, including a new beauty salon, cafe and floristry shop. Although building work has already been completed, planning permission has not yet been granted for the alterations to the college premises.

• This week Leathermarket JMB is hosting a meeting for local residents concerned about excessive construction noise from the Shard site.