Long-running tensions between traders and trustees at Borough Market were revealed for all to see this week when the market evicted eight long-term traders because of their presence at the rival Maltby Street shopping area. 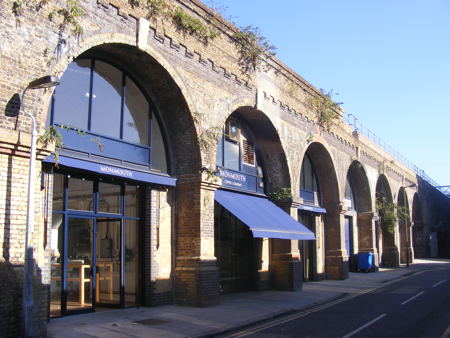 Monmouth Coffee Company was the first Maltby Street tenant to open its doors to the public. Many Borough traders have followed suit.

Rumours began to circulate at the end of last week that a number of traders had been forced to leave the market. These reports were confirmed in a combative statement from the Borough Market trustees on Monday.

"The decision of some of these traders to sell fresh produce at nearby Maltby Street and to offer hot food only at Borough Market potentially damages this Market and harms the interests of other traders here. This is simply unacceptable to us."

One of the affected traders – Kappacasein – has published a notice on its website which says: "We are no longer trading at Borough Market. We have been forced to find a new home for our market stall after being caught up in a dispute over loyalties. Please come and see us at the reopening of the stall in Bermondsey on Saturday 14 May from 9am to 2pm at what will also be our new cheese making premises."

Kappacasein has found a new home at the Voyager Business Estate on Frean Street in SE16.

Over the past 18 months many familiar names and faces from Borough Market have established a new enclave of food and drink businesses in and around the railway arches along Druid Street and Maltby Street, centred on the Monmouth Coffee Company roastery just off Tanner Street.

Many of the traders using the arches for storage and production during the week have started opening to the public on Saturday mornings.

The less crowded Maltby Street area has proved popular with shoppers disillusioned with fighting their way through hordes of tourists at Borough.

Maltby Street is not a market in the traditional sense as it is a collection of traders operating from disparate premises rather than on the street or in a designated market hall.

The Borough Market statement continued: "Some in this group of eight openly promote the out-dated line that Borough Market is a tourist trap and that our intelligent and discerning food shoppers should come to the new Maltby Street market instead. For those who firmly believe this, the only route is to leave the market.

"After a decade of falling standards we are resolute in our mission to return Borough Market as a first destination for discerning food shoppers and we welcome the support of any traders, existing or potential, – wholesalers and retailers alike – who will help us to do that.

"Borough Market trustees actively welcome new markets that will strengthen the drive to support quality UK food producers and to push up standards for all food shoppers. We hope that this is the intention of the fledgling market taking shape at Druid and Maltby Street and, if it is, we wish it every success."

The unseemly public dispute at Borough Market comes in the same week that the Real Food Market becomes a weekly fixture on the South Bank. Held monthly since July 2010, the market outside the Royal Festival Hall will now be open every Friday, Saturday and Sunday.

After a slow start the Bermondsey Farmers' Market in Bermondsey Square has developed a reputation for high quality produce at reasonable prices.