Duke of Gloucester unveils Chopin statue on the South Bank

A statue of Polish composer Fryderyk Chopin has been unveiled outside the Royal Festival Hall after more than two decades in storage. 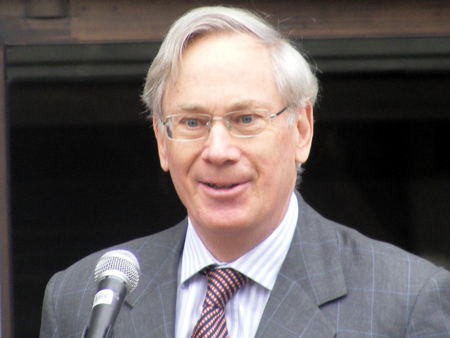 HRH the Duke of Gloucester 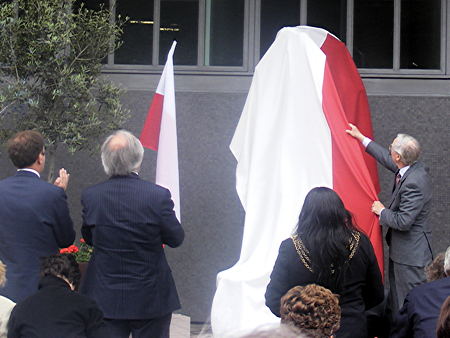 HRH the Duke of Gloucester unveiling the statue 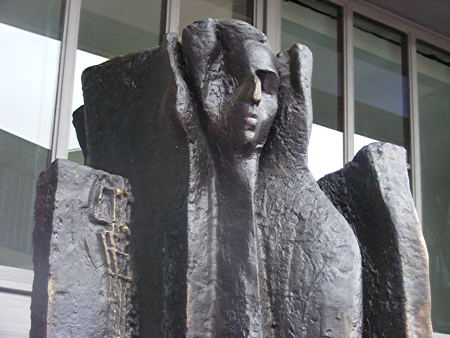 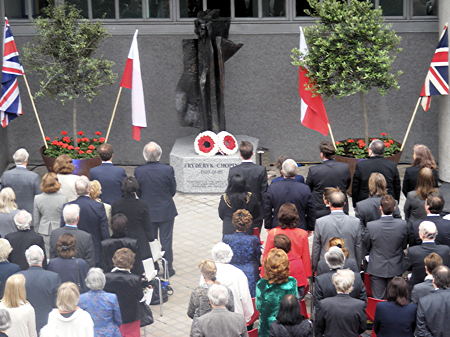 The statue by Bronislaw Kubica was a gift from the people of Poland to the people of the UK in recognition of the countries' mutual support during the Second World War and was first unveiled on the South Bank in 1975 by Princess Alice, Duchess of Gloucester.

The statue was removed for safe keeping during building works in the mid 1980s and remained out of public view until pressure from the Polish Heritage Society and the Chopin Society led the Southbank Centre to track down the its whereabouts.

On Wednesday Princess Alice's son, the current Duke of Gloucester, came to the Royal Festival Hall to unveil the newly restored statue.

"I am delighted to play a role – as my mother did – in unveiling this statue," said the Duke.

He described Chopin as "one of Poland's greatest heroes".

Referring to Pope John Paul II, he continued: "I am also reminded that it is only a few days ago that I was in Rome for the beatification of another Polish hero."

He added: "Both occasions are symbols of a Polish hero who had an impact throughout the world, and I am delighted to play a very small part in re-unveiling this statue which has been on this site before.

"As you can see the site has changed over the years and I'm rather horrified to hear that this statue was removed and I congratulate those who ran it to earth and had it polished up again so that those who see it will be reminded of Chopin's contribution to the civilisation of the world and the great esteem in which he is held – not just by the Polish people but by everybody."

The ceremony was also attended by the Polish ambassador HE Barbara Tuge-Erecinska, the Mayor of Lambeth Cllr Tina Valcarcel, the Deputy Mayor of London Richard Barnes AM and Greg Hands MP representing the Government.

"The statue of Fryderyk Chopin, now restored to its home by the River Thames, is many things:" explained Dr Marek Stella-Sawicki, chairman of the Polish Heritage Society. "A work of art by a sculptor, a gift from one country to another and the realisation of a dream by a musician and patriot living far away from home."

He told the story of the statue which was the idea of Professor Stefania Niekrasz who died before the statue was unveiled for the first time.