The 400th anniversary of the King James Bible is being marked at Lambeth Palace with an exhibition called 'Out of the Original Sacred Tongues'. 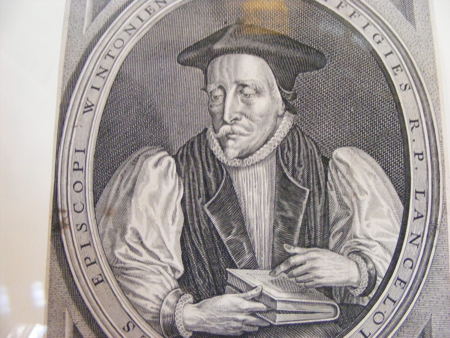 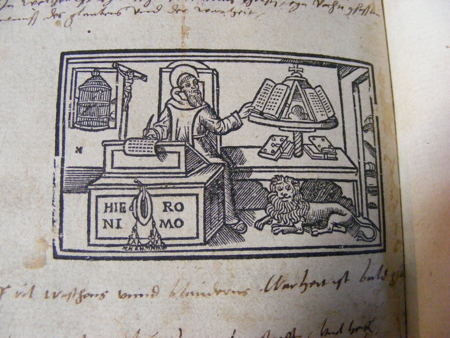 Image of St Jerome from the Vulgate Bible

The Great Hall of the Archbishop of Canterbury's home may seem an apt venue as it is also a place known to those who were involved in translating what we also call the Authorised Version of the Bible.

The translation originated with a conference in 1604 upstream at Hampton Court. The chairman of the Westminster group responsible for the first twelve books of the Bible was Bishop Lancelot Andrewes who a year later preached at downstream Southwark Cathedral. He spent the last eight years of his life living in Clink Street and is now buried in the cathedral.

The exhibition also looks at earlier translations including William Tyndale's which was printed in Borough High Street as recorded on the front of the London Bridge Post Office.

It had first appeared in Cologne as most translators in earlier years had to live in exile. There is mention of Tyndale's friend and collaborator John Rogers who was burnt at the stake for his involvement. He is depicted on the great screen near Lancelot Andrewes' tomb.

The climax of the exhibition is a display devoted to the New English Bible which was published in 1961 on the 350th anniversary of the King James Version. The translators may not have been forced abroad but at home they faced huge criticism.

The use of modern words such as 'pregnant' and 'homosexual' caused consternation. The Lord's Prayer was said to have beeen reduced to a shopping list. Again there is a Southwark involvement for one of the translators was suffragan bishop John Robinson. He was, of course, already under fire for speaking for the defence in the Lady Chatterley's Lover trial.

The oldest book on show is a 10th-century Greek Gospel from Palestine. The newest is a New English Bible New Testament Popular Edition marked up for the young Judi Dench to make a gramophone record.

• The exhibition continues until Friday 29 July

• The anniversary of the King James Bible is also being marked with a series of lectures at Shakespeare's Globe, under the title 'The Heard Word: Pulpit vs Playhouse', organised in association with Southwark Cathedral