Two-way traffic has been restored in Borough High Street four months earlier than planned after Mayor of London Boris Johnson sent his deputy to investigate the slow progress on the resurfacing of the street. 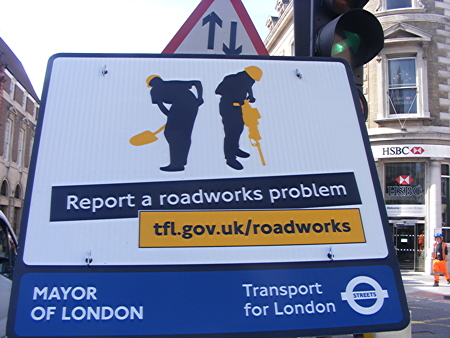 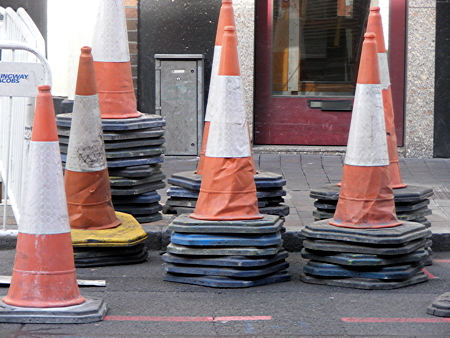 Part of Borough High Street has been closed to southbound traffic since April for drainage and resurfacing works which were due to be completed in January 2012.

This planned nine-month closure began less than a year after a previous lengthy spell of roadworks for gas main and water main replacement.

On Wednesday morning the Mayor of London was interviewed live on LBC 97.3 during a visit to Transport for London's control centre at Palestra in Blackfriars Road to launch a crackdown on disruptive roadworks.

Listeners to Nick Ferrari's breakfast show were invited to phone in with examples of poorly managed roadworks and Scott from Hornchurch told Boris Johnson about the disruption caused by the Borough High Street works.

She described the situation as "not acceptable" and within hours the cones were removed and two-way traffic reinstated.

"Following concerns made by traders about the works on Borough High Street yesterday, it has become clear that our contractors have not been working to their permitted hours and have not carried out the works as quickly as possible," said Mr Emmerson on Friday.

"I want to personally apologise to anyone who has been affected by these works and I have instructed our contractors to work the full hours stated in the permit conditions.

"Furthermore, following a review with our engineers and contractors on site, a revised programme has been developed which has allowed us to restore two-way traffic along Borough High Street while the remainder of the works are completed.

"This revised programme will mean that the works can be now completed by the end of October, rather than January 2012.

"In addition, once these works are completed, they will also be a ban on all but essential emergency works and new connections along Borough High Street until May 2016, allowing local businesses to recover."

The same roadworks had been brought to the attention of Transport for London commissioner Peter Hendy two weeks ago when he was a studio guest on LBC 97.3.

Martin, the owner of the Borough Jewellers shop in Borough High Street, phoned in to tell Mr Hendy about the impact the roadworks had had on his business.

"A couple of years ago the road was closed for a year and I nearly went out of business," he said. "We got back up and running and then it's closed for another year.

"The footfall has gone from 100 people a day coming into the shop to one. It's absolutely ridiculous. There's three places closing down."

On Friday Martin told the London SE1 website that he was very pleased with the action taken to end the road closure this week but it had come too late to save his business.