Bermondsey Village Action Group has opened an information office in Crucifix Lane to draw attention to the rebuilding of London Bridge Station and other local planning issues. 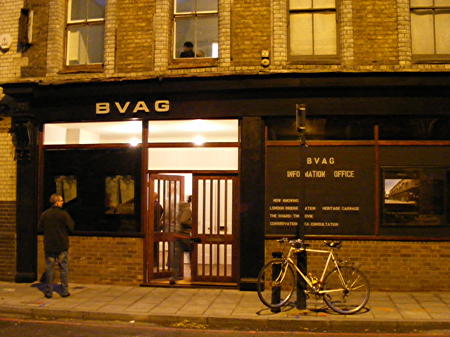 The new exhibition space, which is a successor to last year's consultation cafe in Globe House, is located at 14 Crucifix Lane.

"The council is keen to get the best improvements to the station as we can," said Cllr John. He added that some concessions had recently been negotiated, such as Network Rail's offer of a new home for Southwark Playhouse.

Speaking of his own 20 years in the area, he said: "The development we have seen in the north of the borough has been absolutely incredible."

Claiming that unemployment was too high, he said that he wanted to make sure redevelopment brought jobs to people in the borough.

"There is no point in having the whole of the borough and the north of the borough in particular being regenerated if it is not delivering benefits for people who live here, who have been been brought up here and been educated here in Southwark. It's a big challenge for us to face."

Cllr John, commenting on forecasts of demographic change, suggested that redevelopment may offer the opportunity to renew and increase the amount of social housing.

BVAG founder Russell Gray said: "We are right on the front line. The character of this area is clearly under threat. The question is: are people sufficiently motivated to preserve it?

"All the commercial pressure is to bring some of More London over here."

He added: "This office is intended to make people aware of what is going on."

The launch exhibition, London Bridge Station: Heritage Carnage, looks at Network Rail's plans for the station which involve the demolition of historic structures on St Thomas Street and Tooley Street.

Last week the Victorian Society announced that it had included the South Eastern Railway offices in Tooley Street on its list of the top 10 most endangered Victorian and Edwardian buildings in the country.

New and old maps are part of a display called Rethinking the Bermondsey Street Conservation Area.

Also showing in a continuous loop is Vertical Expectations, a documentary by Simona Piantieri, which looks at the building of The Shard and seeks to raise questions about how architecture and space can reflect social need.

• Bermondsey Village Action Group's information office at 14 Crucifix Lane is is open every Thursday and Friday 12.30pm to 5pm.