Residents of the Hopton's Almshouses in Bankside have won their campaign to have the trusteeship of their homes transferred to the Southwark-based United St Saviour's Charity rather than a landlord based in Ealing. 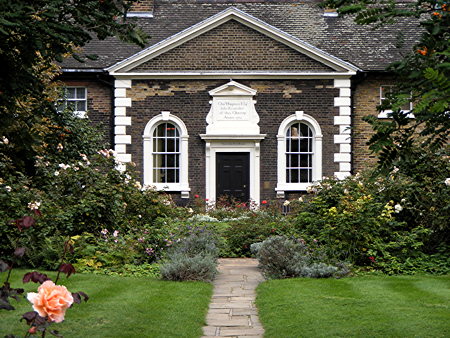 In the Summer Anchor Trust announced plans to transfer the trusteeship of eleven almshouses, including Hopton's, to the Pathways housing association.

During the consultation process 19 out of 24 of the Hopton's residents asked to be transferred to the United St Saviour's Charity whose head office is just ten minutes' walk from the almshouses.

The residents launched a campaign which won support from local politicians and was even mentioned in the chamber of the House of Lords.

This week Anchor Trust announced that it had agreed to the residents' request.

"This is fantastic news," says resident Leslie Gay. "We are celebrating today and we are planning more celebrations. We say a massive thank you to all the people who supported us, particularly Lord Shipley, Cllr Ian Wingfield of Southwark Council and above all our MP, Simon Hughes, who has championed us tirelessly."

Neighbour Alison Holsgrove added: "I feel that the fear and trepidation have been lifted. I look forward to sunshine and roses."

Shamus Dark, who asked a public question at Southwark's council assembly in July, said: "We are grateful to Anchor for agreeing that we can be transferred to a local charity. However, we are disappointed that Anchor has rejected the identical plea from the residents of the Dovedale almshouses in Battersea to be transferred to a local charity. We are confident that the Dovedale residents will fight on and will win."

United St Saviour's Charity is based in Union Street. It already runs its own almshouses in Purley.

"This is a far-sighted decision by the Anchor board, a decision which shows that they have listened to the views expressed by the residents of Hopton's Almshouses," says Philip Sturrock, chairman of the United St Saviour's Charity.

He added: "We believe in the key value of local trustees and we are delighted that the torch that Charles Hopton lit in 1752 has now been passed to a strong local charity."

Anchor's chief executive Jane Ashcroft said: "We always listen carefully to our customers. Anchor's board considered that residents' clearly expressed wishes to transfer to locally based trustees should be a major factor in their decision."

Simon Hughes MP added: " I firmly believe that, wherever possible, we should encourage organisations and businesses to keep management local.

"Southwark is full of wonderful businesses, organisations and charities and we shouldn't look to take business elsewhere when we can achieve the same – or better – results locally."