Sir Terence Conran, who led the revitalisation of Butler's Wharf at Shad Thames, has given his support to the campaign to save the Victorian buildings threatened with demolition as part of the London Bridge Station redevelopment. 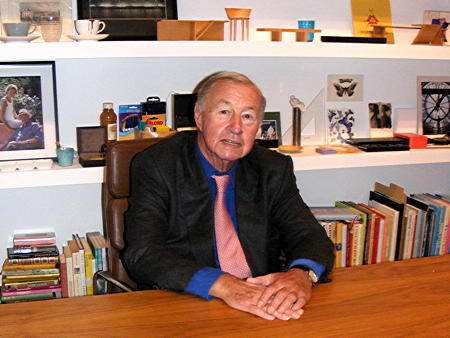 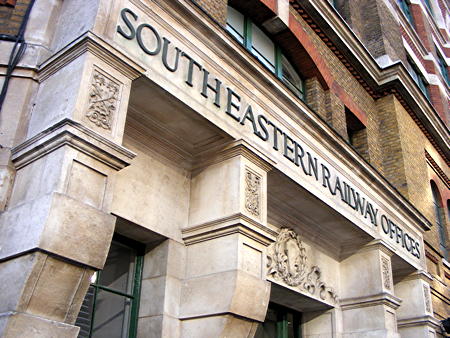 The Design Museum founder has written to Southwark Council in support of a campaign by the Bermondsey Village Action Group to save the former South Eastern Railway offices on Tooley Street and the flank wall of the 'trainshed' roof facing St Thomas Street.

"They are both an important part of the heritage of Southwark much as Butler's Wharf is," wrote Sir Terence.

"I am sure repairing and reusing them is a more economical solution than demolition and rebuilding as I would have though the excellent architect would have agreed.

"The buildings are too good to demolish – I am sure they have a quality that is irreplaceable today and should be reused."

Sir Terence's intervention comes as Southwark's planning officers have published their report on the planning applications for the redevelopment of London Bridge Station which will be decided by councillors on Tuesday 20 December.

The report recommends that permission be granted for Network Rail's proposals, including the closure to traffic of the Stainer Street and Weston Street tunnels and the creation of a new ground-level concourse.

We reported last week that the Railworld museum in Peterborough had offered to provide a new home for the glazed roof above the terminus platforms at London Bridge. The museum has now contacted the council to rescind its offer.

"We have looked at our site and jigged in the actual sizes and the overall roof would come perilously close to the overhead 132,000 volt power line," said Railworld chairman Brian Pearce.

Meanwhile English Heritage has written to the council to advise that it does not believe that Network Rail has conclusively made the case for the demolition of the Tooley Street building.

Historic buildings and areas advisor Malcolm Woods wrote: "English Heritage recognises that the Thameslink [Programme] will deliver substantial public benefits and that Network Rail has put forward a proposal that meets their operational requirements and provides an improved environment for its customers.

"However, it has not shown to our satisfaction that the demolition of the 64-84 Tooley Street building is necessary to deliver such a station."

BVAG founder Russell Gray has written to Southwark Council leader Peter John to make the case for the retention of the Victorian structures.

"I have also done some research of my own and have found nothing to contradict my belief that you and your council stand to claim second place only to Henry VIII for destruction of our local architectural heritage if Network Rail are given the go-ahead," wrote Mr Gray.

"Henry of course sealed the fate of the celebrated Bermondsey Abbey c.1537."

Mr Gray also criticised Network Rail's argument that the demolition of the SER offices is essential to provide a greater distance between the carriageway of Tooley Street and the front of the station as a safeguard against terrorist attacks.

Mr Gray wrote: "As far as we are aware they are still proposing this absurd justification as if a would-be car bomber will not be able to navigate himself around to the St Thomas Street entrance which has no such 'stand-off distance' proposed."

Local historian Stephen Humphrey, former librarian at Southwark Local History Library, has also written to planning officers to make the case for the retention of the South Eastern Railway offices which he describes as "one of those 19th-century buildings that makes a disproportionate contribution to the appearance of a street without being of the first importance by itself".

He continues: "The arguments put forward for a completely new structure do not stand up. In reality, the railway is seeking a new building because it is thought to look 'modern' and 'advanced'."

He concludes: "London Bridge Station should keep its 19th-century neighbour in Tooley Street and also its monumental screen to St Thomas Street which remains entirely practical even alongside the modern station interior, rather as the great classical screen wall in Buckingham Palace Road fronts Victoria Station."

Mr Humphrey is preparing A Short History of Tooley Street for future publication.