Mayor of London Boris Johnson has claimed that he would like to prevent the demolition of the Victorian South Eastern Railway office building in Tooley Street but stopped short of committing himself to making a formal intervention. 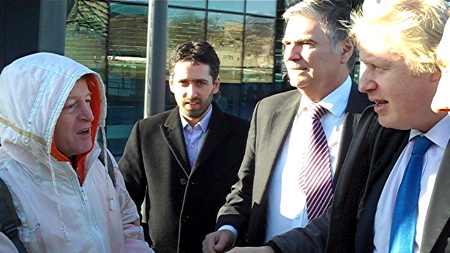 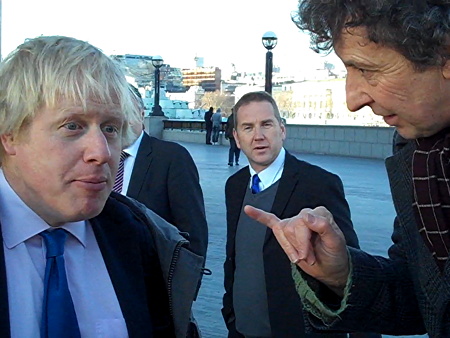 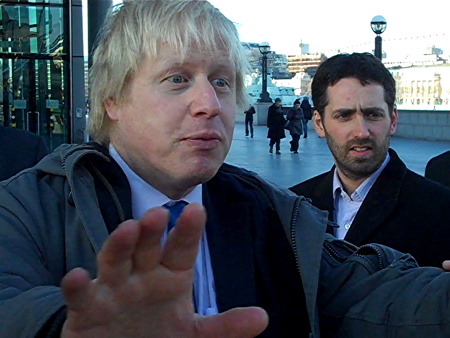 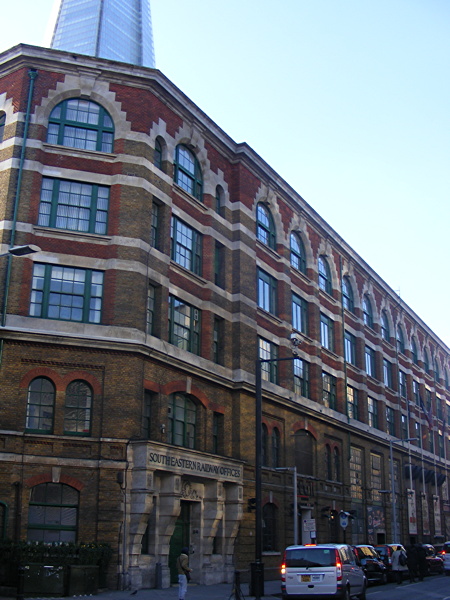 "I cycle past that thing every day and it infuriates me that we could lose it," said Mr Johnson

The Mayor was speaking in Potters Fields Park after he was ambushed by campaigners from the Bermondsey Village Action Group who were preparing to hold a demonstration outside City Hall on the day that Mr Johnson was due to make a decision on Network Rail's London Bridge Station development plans.

Mr Johnson, who was in the park for a photo opportunity with Conservative colleagues, spent more than seven minutes talking to activists opposed to the demolition of the South Eastern Railway building in Tooley Street and the flank wall of the terminus roof on the St Thomas Street side of the station.

Plans for the redevelopment of London Bridge Station were approved in December by Southwark Council's planning committee despite thousands of signatures on a petition asking that the Victorian structures be incorporated into the rebuilt station.

Sir Terence Conran is among those who appealed to the council and Network Rail to reconsider.

The rail infrastructure firm argues that the demolition of the structures is essential to achieve safe and easy circulation in and around the new station.

In an extraordinary series of candid remarks, Mr Johnson expressed strong sympathy with the BVAG campaign's objectives but indicated that he had been advised by his planners and lawyers to allow Southwark's decision to stand.

"I want you to know that I talked to [Network Rail chief executive] David Higgins about it yesterday," he said.

The Mayor added: "If I could take legal action to stop it I would. I'm told I would waste huge amounts of public money and I wouldn't actually succeed."

When Russell Gray, founder of BVAG, said that he was planning to seek a judicial review if the Mayor chose not to 'take over' the planning application, the Mayor replied: "I don't mind ending up in court. I'd love to stop this bloody thing."

Referring to the South Eastern Railway offices, Mr Johnson said: "I cycle past that thing every day and it infuriates me that we could lose it."

Architect Keith James Clarke was among the protesters who put their case to the Mayor. "It is possible to develop the station and keep the best of what's there," he told Mr Johnson.

"That's why London's such a great city. When people come to London Bridge Station in about seven or eight years' time ... they will ask how come this wonderful building ... came to be demolished."