Labour London mayoral candidate Ken Livingstone was at London Bridge Station on Tuesday morning as part of his 'Fare Deal' campaign to highlight his pledge to cut transport fares. 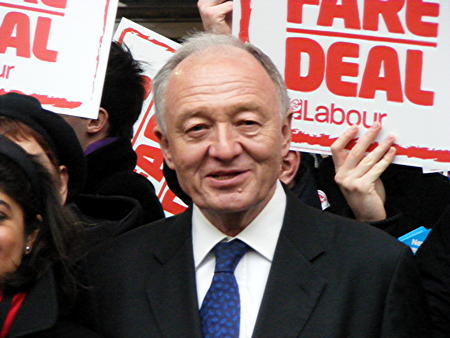 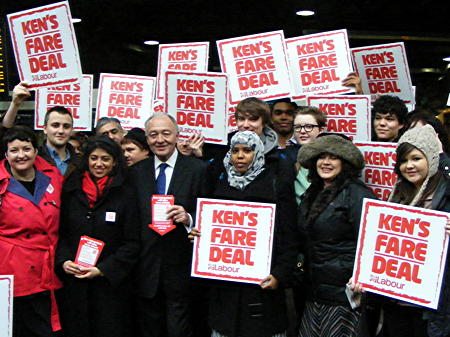 Mr Livingstone was joined at London Bridge by Labour politicians and activists from across London – including Southwark Council leader Peter John and London Assembly member Val Shawcross – as part of a London-wide leafleting campaign at the capital's stations on the first working day after the annual January change to tube and bus fares.

"This is the wrong fare rise at the wrong time, taking money out of people's pockets when the London economy is struggling and when people are very hard pressed," said Ken Livingstone.

"The impact applies across London and across ages and income brackets. Yet every year the Mayor rakes in more income from fares than his budgets and business plans says he will.

Mr Livingstone has promised to cut tube fares by 7 per cent and reduce the price of a bus ticket from Ł1.35 to Ł1.20 if elected as Mayor in May.

This month London fares have risen by 5.6 per cent on average – slightly above the rate of inflation. Boris Johnson's deputy mayor for transport has defended the increase.

"Every penny in income from fares is vital to keep services running reliably and to make improvements that will benefit Londoners at a time of record ridership on the Tube and on our buses," explained Isabel Dedring.

"The Mayor has secured an unprecedented Ł12 billion investment in our transport network, which is backed by a fares package that keeps Transport for London's finances on an even keel with lower than had been anticipated fares thanks to the Ł136 million he secured from the Government."