Live in Waterloo? Why not sign up as a Lambeth snow warden?

Last year Lambeth Council invited residents to become snow wardens to help keep pavements and side streets clear in the event of snowfall but Waterloo and Kennington residents have failed to respond to the call. 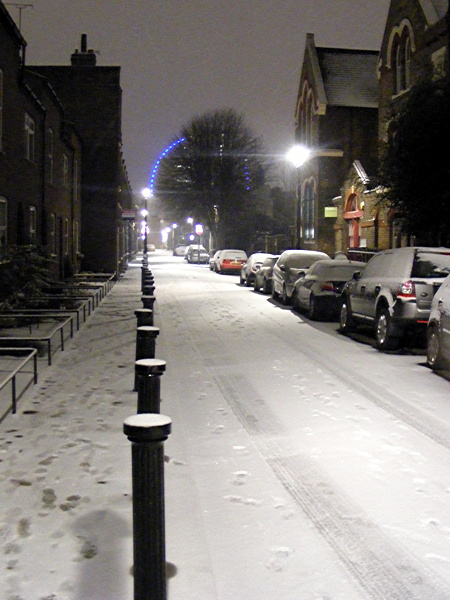 A dusting of snow in Roupell Street late on Saturday night.
Clarification added on Wednesday 15 February: Since this story was published it has been brought to our attention that a number of members of Lambeth Estate Residents Association have trained as snow wardens through the Lambeth Council scheme. These wardens, together with other local residents, did clear snow from Roupell Street and nearby streets during the weekend of 4/5 February. We are happy to set the record straight and apologise to LERA and its volunteer snow wardens. The picture caption above was also changed on 15 February.

The snow warden scheme is part of Lambeth's cooperative council initiative which aims to change the way that public services are planned and delivered.

Snow wardens are given basic training and provided with a grit bin and supply of salt, shovels, hi-visibility vests and gloves.

Whilst council contractors concentrate on gritting main roads and pedestrian routes, volunteers are invited to help keep residential areas clear during and after snowfall.

The council launched the call for volunteers in September and claims to have "groups of snow wardens throughout the borough" but a map published on the Lambeth website shows that by mid-December no snow wardens had been recruited in the northernmost two wards of the borough: Bishop's (Waterloo) and Princes (Kennington).

Elsewhere in Lambeth more than 200 snow wardens have been appointed compared to an expected take-up of 300.

• Some pictures of this weekend's snowfall in SE1