A replica of a distinctive shop sign known to Charles Dickens is to be installed at the junction of Blackfriars Road and Union Street later this year as part of the celebrations for the writer's bicentenary. 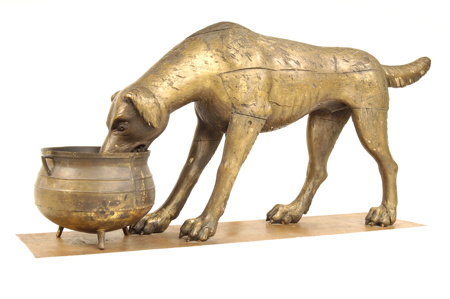 Courtesy of the Cuming Museum, London Borough of Southwark 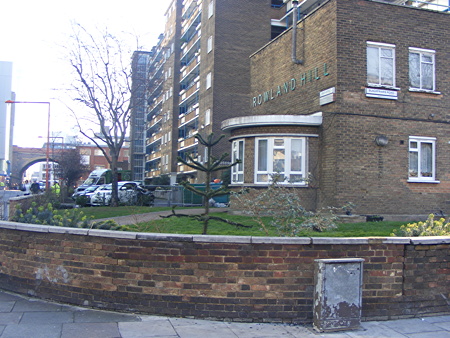 The proposed site of the dog and pot replica

The sculpture will recreate the sign of the 'dog and pot' and be situated outside Rowland Hill House, diagonally opposite Southwark Underground Station.

The 'dog and pot' sign existed in the same location between the end of the 18th century and 1931.

The original sign belonged to an ironmonger's and was mounted on a bracket that projected from the corner.

Dickens passed it regularly in the 1820s as he walked home from his work in a blacking factory at Charing Cross to his lodging in Lant Street. The 'dog and pot' image was also depicted on coal plates that were made in Union Street.

The sign is referred to by Dickens in a letter he wrote to his friend and biographer John Forster in 1847 which features in the book The Life of Charles Dickens. He wrote: "My usual way home was over Blackfriars Bridge and down that turning in the Blackfriars Road which has Rowland Hill's Chapel on one side and the likeness of a golden dog licking a golden pot over a shop door on the other."

The original fine brass and wood sign was sold in 1931 and is now on display in Southwark's Cuming Museum. It will be featured as part of the museum's Lottery-funded Dickens exhibition, opening in late May, exploring the author's early life and times in Southwark.

The sculpture will be an exact replica of the original sign, carved in wood, and will stand on a bracket which will be mounted on a tall, reclaimed Victorian lamppost.

An inscription will be incised in stone on the ground in front of the post. This will stand in a circular area defined by Victorian-style railings, with the gardens of Nelson Square behind. There will be sufficient space for pedestrians and wheelchairs to view the sculpture and read the inscription.

"This wooden sculpture will add some real historical interest, not only to Blackfriars Road and Union Street, but for the borough as a whole," says Cllr Veronica Ward, Southwark's cabinet member for culture, leisure, sport and the Olympics.

"We have a strong connection to the life and works of Charles Dickens who not only lived here and worked nearby, but mentioned places and landmarks from the borough in several of his works."

The project is funded by section 106 funding received from developments in the Blackfriars Road area. The project will be delivered by Southwark Council in partnership with The Dog and Pot Trust who will oversee the installation of the sculpture and the landscaping.

The 'dog and pot' is not the only Dickens bicentenary public art project in Southwark. This week it was announced that Maggi Hambling has been commissioned to design a Dickens-related sculpture for installation in the Tabard Street piazza next to St George the Martyr church.