South Bank residents and workers have a second chance this week to see the latest exhibition of plans for the redevelopment of the Shell Centre. 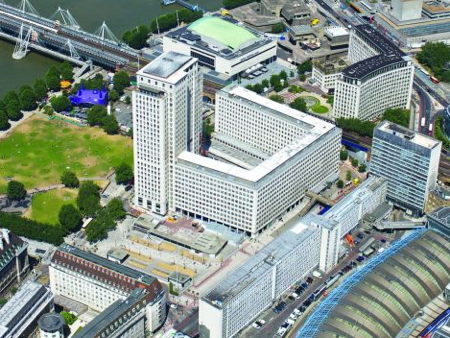 Last week's concept masterplan exhibition has been extended to allow locals a further chance to comment on the early proposals from architects Squire & Partners.

The exhibition includes early sketches of the possible configuration of the new development. Up to eight new buildings are proposed, ranging from 8 to 35 storeys in height. The existing Shell Centre tower, which will be retained, is 27 storeys high.

Two of the new buildings will provide office space whilst the remainder could either be residential or offices or a combination of the two.

There is also potential for a new 'cultural facility' in the centre of the development – or a new entrance to Waterloo Underground Station with better access from the South Bank and Belvedere Road.

A new pedestrian route could also be created alongside the railway arches to the north of the site.

The development is a joint venture by Canary Wharf Group and Qatari Diar.

"We have been thrilled with the number of people who have participated in the public consultation so far – each making a valuable contribution to our vision for the site," said a spokesman for the developers.

"Our objective is to maintain this open, dynamic and ongoing conversation with the South Bank community and all stakeholders throughout the planning process."

This week the developers announced that they have appointed Townshend Landscape Architects to design the public realm and open spaces of the development.

"We are delighted to be part of the team on this landmark development in the heart of London," says Robert Townshend. "The scheme affords a wonderful opportunity to create a key piece of unique sustainable public realm which can be interwoven into the historic setting of the Shell Centre."

• The public exhibition, in the former Shell Centre foyer on York Road, is open on Thursday 22 March 4pm-7pm and Saturday 24 March 11am-4pm