The wraps have come off four new hotels in the Blackfriars Road and Bankside areas as contractors hurry to complete building work in advance of the Olympic Games. 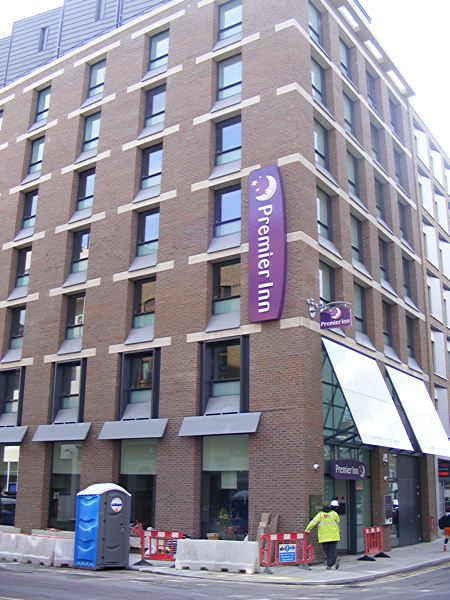 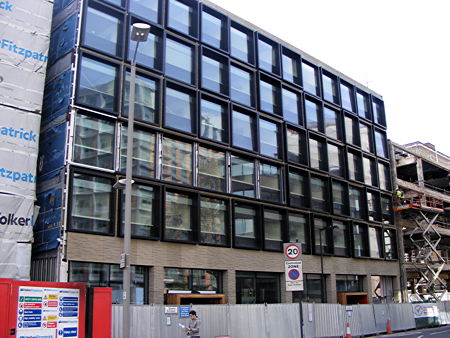 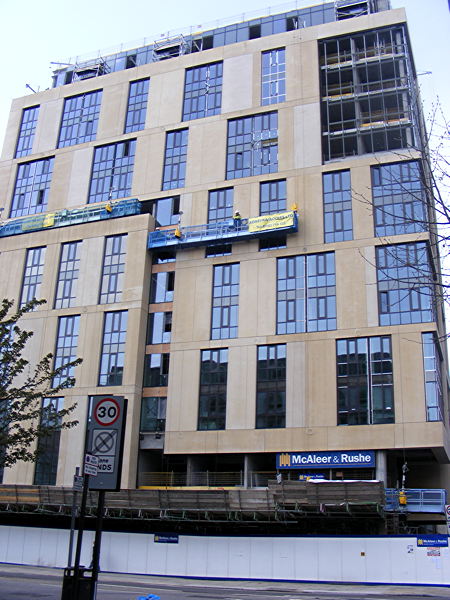 The four new hotels are due to open their doors to guests this summer and are no more than 500 metres apart.

The first of the four to open is likely to be the clumsily named Premier Inn London Southwark (Tate Modern) at the corner of Great Suffolk Street and Lavington Street. This week the scaffolding has been removed from the building and Premier Inn signage has been installed. Its 180 rooms are now available for booking from 4 June.

The existing Premier Inn London Southwark at The Anchor Bankside has had "(Borough Market)" appended to its name to avoid confusion with the new venue.

At the opposite end of Lavington Street the new 191-room CitizenM hotel – made of a series of prefabricated pods – has also recently been cleared of scaffolding. The Dutch chain is hoping to open its first London hotel by the end of July.

Southwark councillors recently approved a scheme to improve Lavington Street for pedestrians which will be funded by cash from the two hotel developments.

Plans for a fifth hotel – an upmarket 280-room Hilton – to be built between Bear Lane and Great Suffolk Street are thought to be back on track after an ownership dispute was resolved.

The owners of the Holiday Inn Express London Southwark recently submitted an application to extend the hotel into the adjacent Dominion House office building adding an additional 48 rooms.