Construction work on the new Premier Inn hotel off The Cut in Waterloo has been completed, with the first guests due to arrive in the autumn 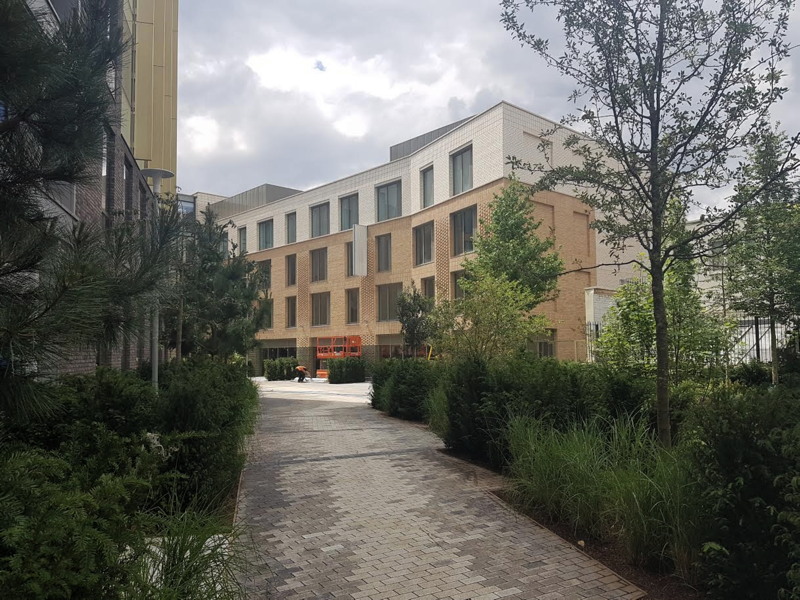 The new hotel has been built on land formerly part of the Southwark College campus.

The redevelopment – carried out by Frogmore – includes the creation of a new pedestrian route between The Cut and Ufford Street, reinstating the old Marlborough Street that used to follow a similar alignment.

The new link will be called New Marlborough Yard.

Councillors approved plans for the 274-room hotel in March 2018, despite objections from nearby residents.

The hotel – which is now being fitted out in preparation for an autumn opening – will feature a Bar + Block steakhouse restaurant.

"While the coronavirus pandemic has created significant challenges for the hospitality industry, we remain committed to our strategy of growing and innovating Premier Inn and hub by Premier Inn in the UK and Ireland," said Alex Flach, UK development director at Whitbread.

"Reaching practical completion of new Premier Inn hotels in Milton Keynes and on The Cut in Southwark takes us a step closer to adding 450 new Premier Inn rooms in the prime locations our customers want to be.

"The hotels and restaurants are in the heart of the action, look fantastic and we're confident they will be very popular with our customers when they open later this year."