Roads underneath London Bridge Station will be closed for seven weeks as preparatory work for the redevelopment of the station begins. 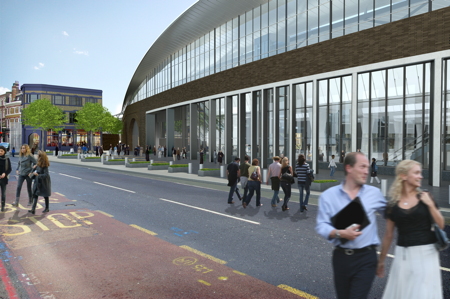 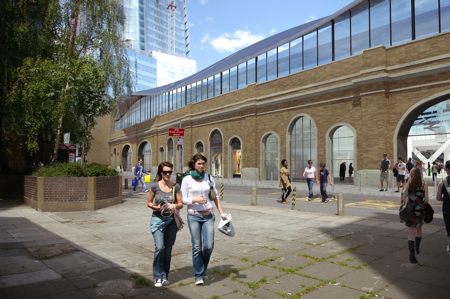 Network Rail received final planning consent for the redevelopment of the station at the end of March and is wasting no time in preparing for the demolition of the existing roof structure on the southern side of the interchange.

"During May Network Rail will continue to install scaffolding over platforms 8-16 in preparation for the deconstruction of the trainshed commencing in July, and are establishing a site compound for deliveries and access to the scaffold deck off St Thomas Street," the company said in a letter to local residents this week.

"They will also be undertaking works within the station, including the installation of new customer toilets in the vaults, and the creation of openings for new service ducts in the platforms. In addition, works will be undertaken by utility companies in the highways around the station."

From Monday 14 May to Saturday 30 June the Weston Street and Stainer Street tunnels below the station will be closed to traffic although pedestrian access will be maintained "whenever possible".

The section of St Thomas Street between Stainer Street and Weston Street will also be shut during the same seven-week period.

For Stainer Street and Weston Street, this spring's temporary closure will be a foretaste of the permanent closure of the two roads below the station when work begins in earnest on the new ground-level passenger concourse.

St Thomas Street will be blocked to through traffic for six years during the construction phase.

Whilst the road closures are in force the 381 bus route will be diverted eastbound via Duke Street Hill and westbound via Tooley Street instead of Tanner Street, Druid Street and Crucifix Lane.

Northbound traffic on Borough High Street that would normally use St Thomas Street and Stainer Street to reach Tooley Street will be diverted north of the river via Southwark Bridge, returning south across London Bridge to turn left into Duke Street Hill. The diversion will add more than a mile to drivers' journeys.

According to Transport for London, traffic from minor roads will be directed via Long Lane and Bermondsey Street.