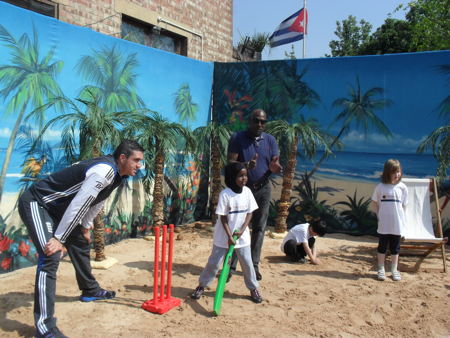 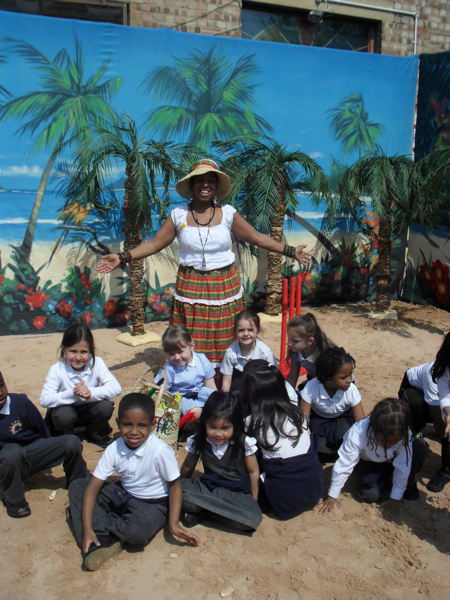 Like many of Chance to Shine's 4,000 schools, Johanna Primary, Oasis Academy Waterloo turned its timetable over to a day of Caribbean and cricket-themed lessons to tie in with the West Indies' tour of England.

The England women's captain Charlotte Edwards got the ball rolling with an MCC Spirit of Cricket assembly before pupils went to their special lessons.

Year 6 pupils also had the unique opportunity to take part in a Q&A session with Kevin Pietersen.

"Chance to Shine is great for kids," said Kevin Pietersen.

"They improve their skill levels, it creates camaraderie and they develop a competitive edge, which I think is good for people growing up. It's a brilliant initiative and one I'm proud to be associated to."

Sir Viv Richards added: "This sort of environment is the greatest sort of platform for kids and Chance to Shine helps give them the focus of what they want to accomplish in life.

"It's great that there is a concerted effort to bring cricket to these children and I know for sure that when you have a programme like this, you're going to get something positive at some point."

A tropical beach scene sprung up in the playground, complete with palm trees, sand, deckchairs and parrots; helping to bring a taste of the Caribbean to Waterloo.