An underground horticultural installation has opened in a dark, dank railway arch at the Old Vic Tunnels in Waterloo. 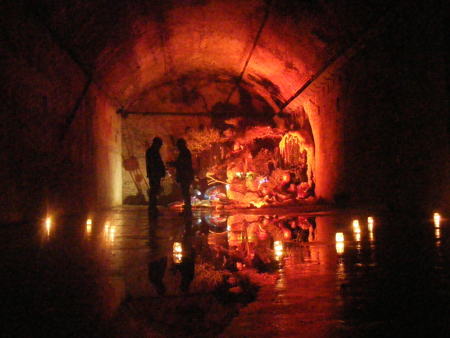 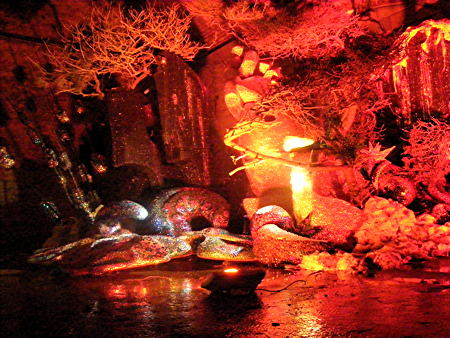 'The Majesty' – created by artists Tony Heywood and Alison Condie – is part of Cityscapes, a summer-long programme of garden installations around the South Bank and Bankside which started last month with a pop-up garden in a capsule on the London Eye.

The installation is a reconfiguration of Heywood and Condie's show garden from the Chelsea Flower Show. What began as a jewell-encrusted landscape portrait of the Dorset coast has been turned into a subterranean fungal landscape combining lighting, Penhaligon's scent, animation by Unanico and a soundscape by Darryl Moore.

Over the course of the summer 'The Majesty', which has been installed in a new section of the Old Vic Tunnels not previously open to the public, will change as fungus grows across the landscape.

The artists are working with plant scientists from the National Institute of Agricultural Botany to produce a culture of fine mycelium which will be allowed to spread and to colonise the surfaces of the newly installed bejeweled landmass. Edible mushrooms will also be grown on the sculptures.

The installation is open to the public until 8 July on Thursdays (5pm-10pm) and Sundays (10am-4pm). After a break for the Olympics the arch will reopen in September. Access is via a door on the north side of Leake Street.