The White Cube Bermondsey gallery and the new Bermondsey Island housing block in Tower Bridge Road have received awards from the Royal Institute of British Architects. 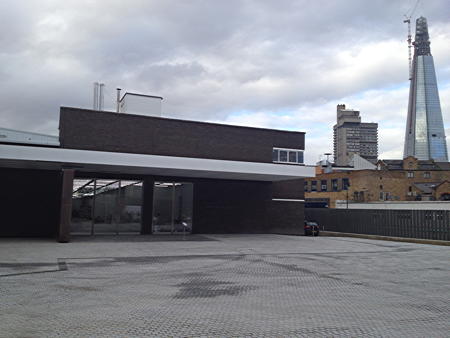 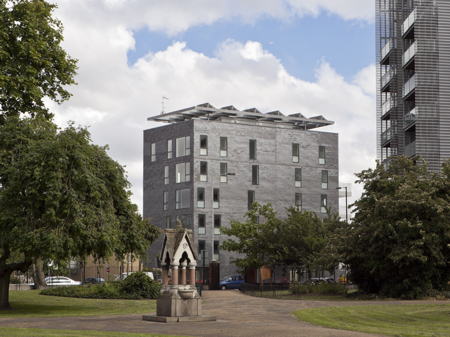 Casper Mueller Kneer Architects has won a RIBA national award for its transformation of the former Recall warehouse on Bermondsey Street into the White Cube Bermondsey gallery.

"This is a brilliantly simple and appropriate use of a former industrial space as a super-cool gallery," said the judges.

"The internal spaces are structurally and environmentally independent, formed to provide the correct conditions for all possible displays.

"All walls register as flat white planes, shadow-gapped throughout. The floor is immaculately finished, polished concrete.

"The ceiling over the circulation area comprises light tubes set in black mesh, while the gallery lighting provides a shadowless, even quality for the displays."

The development of 13 social rented flats on the former petrol station land opposite Bermondsey Square on Tower Bridge Road is built on part of the scheduled ancient monument site of Bermondsey Abbey.

The project, which started with an ideas competition organised by the Architecture Foundation in 2005, has also won a Brick Award and was shortlisted for a Housing Design Award.

"This is a modest development providing affordable rented flats and a commercial unit on a small island site," said the judges in their citation.

"The architects have chosen to reflect the differing urban natures on either sides of the site. The busy road side elevations are clad in a precise, dark, hard Tilebrick, punctuated by dark-framed windows.

"The quieter sides splay out in a series of white rendered walls, with white-framed patio doors, behind the vertical struts of balconies, which form a sort of yashmak for privacy and shading."