A plaque explaining the role of the 2,500 volunteers from Britain and Ireland who fought for the republicans in the Spanish Civil War has been unveiled in Jubilee Gardens on the South Bank. 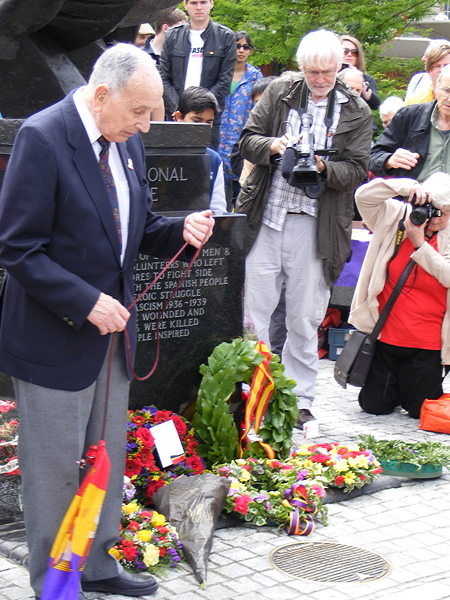 David Lomon, 93, unveils the new plaque in front of the International Brigades memorial in Jubilee Gardens 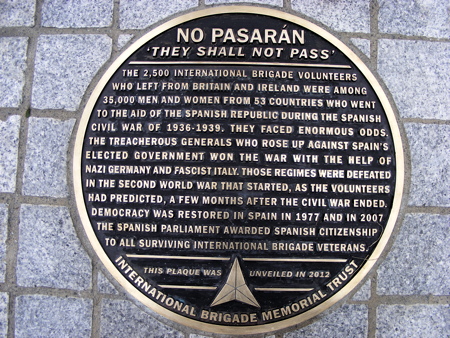 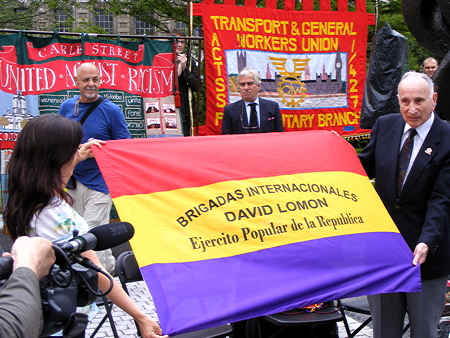 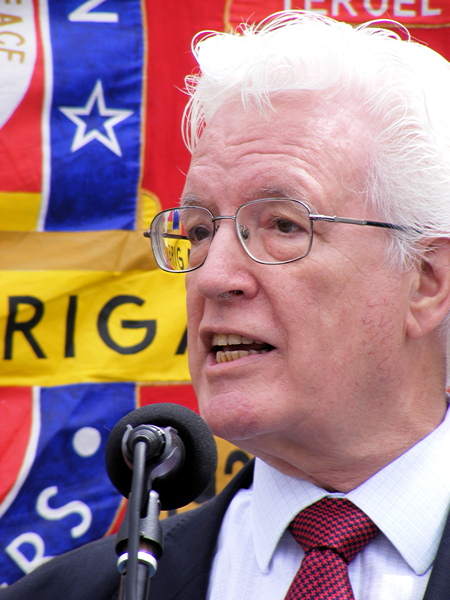 On the first Saturday in July each year the International Brigades Memorial Trust holds a commemoration event at the memorial sculpture which has stood on the South Bank since 1985.

In the 12 months since the last gathering Jubilee Gardens has received a multi-million pound revamp and the memorial has been moved to a new position in the park.

An explanatory plaque has been set into the paving at the foot of the memorial.

The plaque was unveiled by 93-year-old David Lomon who is one of only three surviving British veterans of the 1936-39 conflict in Spain. He was living in Hackney when in 1937 he decided to join the International Brigades.

After travelling clandestinely through France, he crossed the Pyrenees and saw action in Aragon where he was captured with other members of the British Battalion. He then spent six months in prison camps in San Pedro de Cardeña, near Burgos, and Palencia.

Almudena Cros, representing the Spanish Association of the Friends of the International Brigade, known as the amigos, presented David Lomon with a Republican flag inscribed with his name.

Included in the list of names read out of those who had died during the last year were Fritz Teppich, the last German anti-fascist volunteer, and Nathan Clark of Clarks Shoes who invented the desert boot.

A gathering attended by relatives of volunteers followed at the Camel & Artichoke in Lower Marsh.