A four-week programme of sports and recreational activities for all ages is being held at the Marlborough Playground in Union Street. 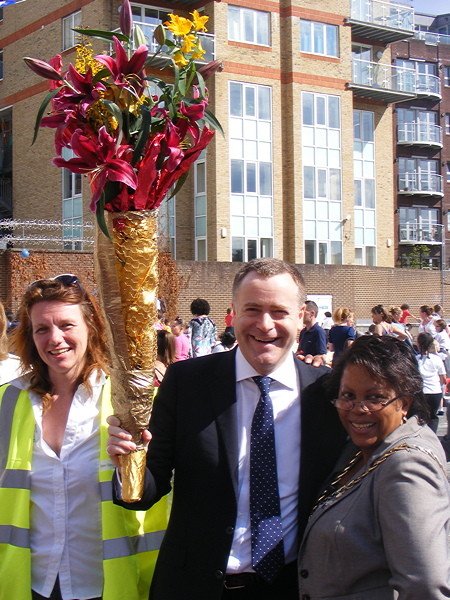 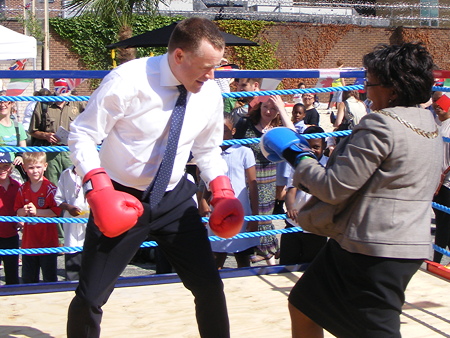 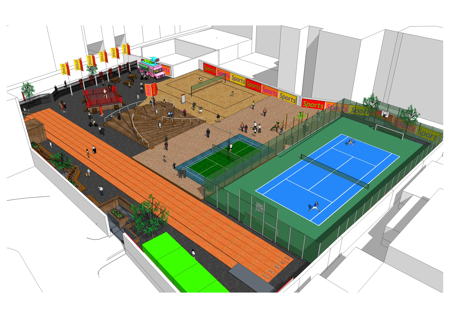 The playground, normally a featureless and under-used 50,000 sq ft expanse of concrete, has been transformed by Bankside Open Spaces Trust into a multi-sports venue with running track, beach volleyball, Astroturf pitch, table tennis tables, boxing ring and many other facilities.

Refreshments are available from a range of street food stalls.

In line with the Olympic vision, BOST hopes that the event will lead to a permanent legacy of permanent, high-quality sporting facilities in the area.

Children took part in a parade around the playground with the BOST Olympic flower flame. The ceremony also featured members of CoolTan Arts who read from the works of Charles Dickens and wore costumes created for their recent fashion show.

"Transforming Marlborough Playground has been a long-time mission for us and now it is a reality," says Tim Wood, chairman of Bankside Open Spaces Trust.

"Not only will it become a much cleaner, greener space in an urban environment, but it will also give SE1 access to a wide range of sports that previously may have been inaccessible.

"We have consulted heavily with the local community over the last few years, and results have shown that there is both a huge need and appetite for this project."

The Pop-Up Mini Olympics continues every day until just before the start of the real Olympic Games. See the schedule for more details. There are daily sessions for schools as well as plenty of opportunities for people of all ages to come along and try out new activities.

The event is run by BOST in partnership with Southwark Council. Sponsors include Sellar Property, developers of the Shard.

• Anybody who would like to volunteer their time or services during the event, or who wants to book a sports session, should contact [email protected] or 07939 593062.