Staff at the new Hilton London Bankside hotel held their own pancake race on Shrove Tuesday in addition to the established events organised by Better Bankside and the London Bubble theatre company. 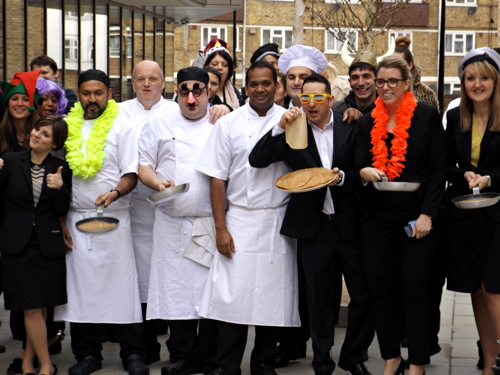 Staff from the Hilton London Bankside line up in Price's Street 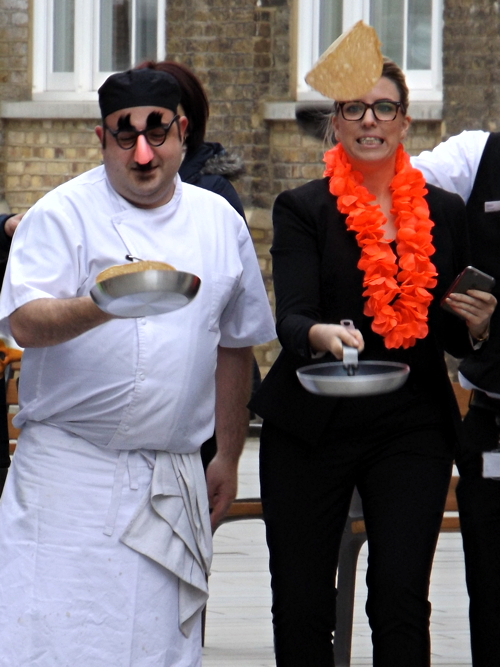 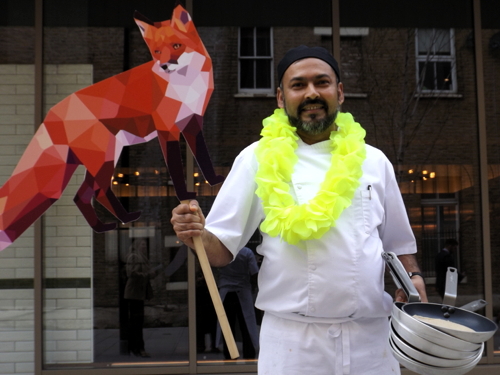 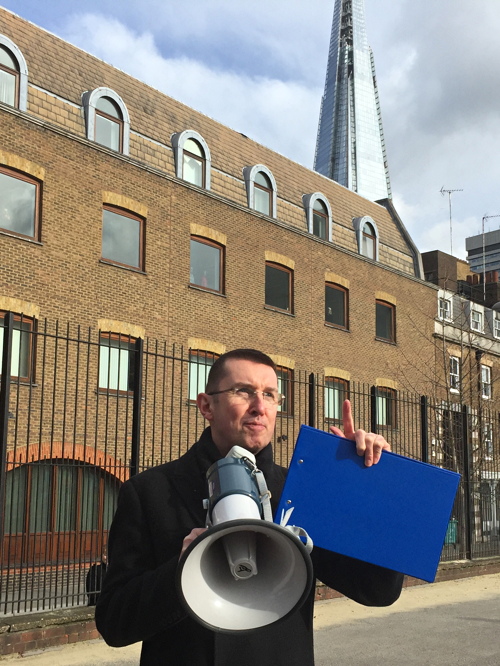 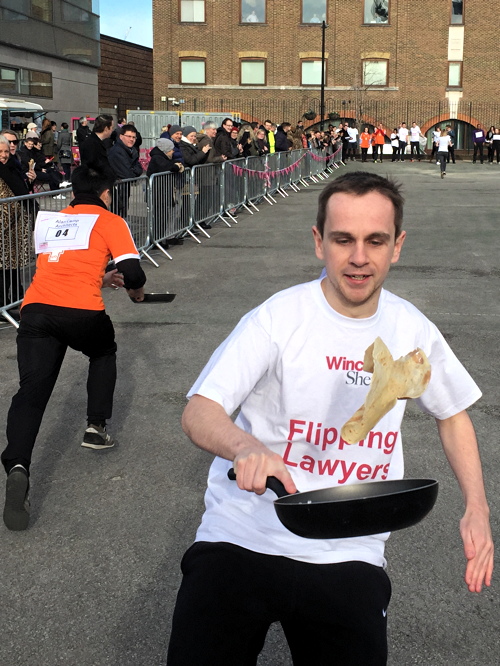 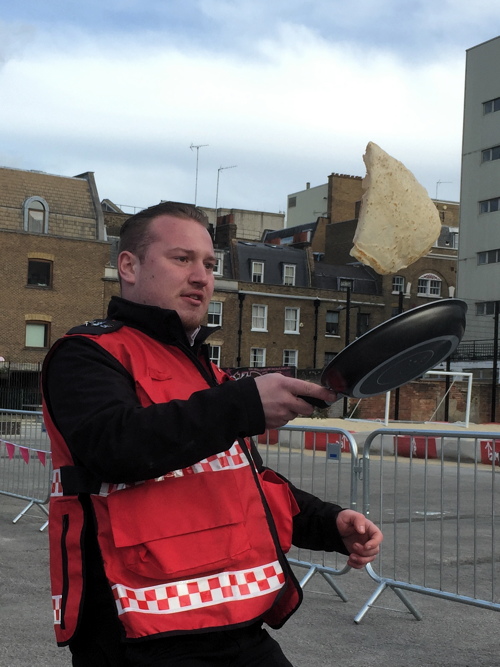 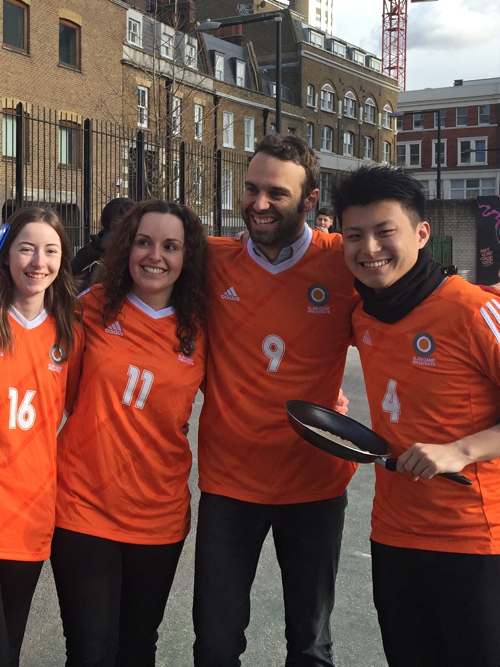 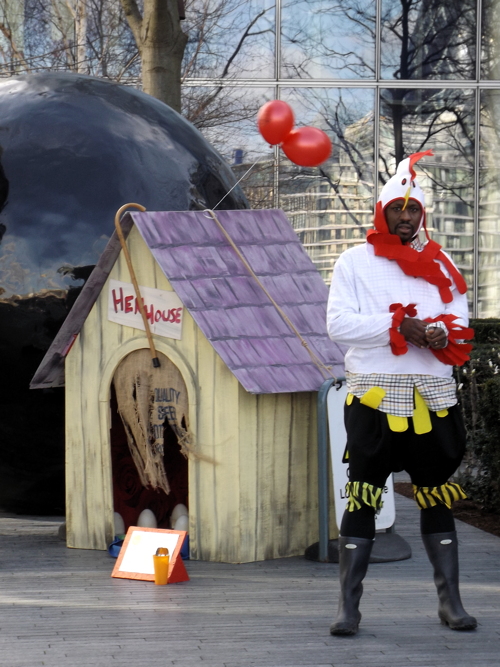 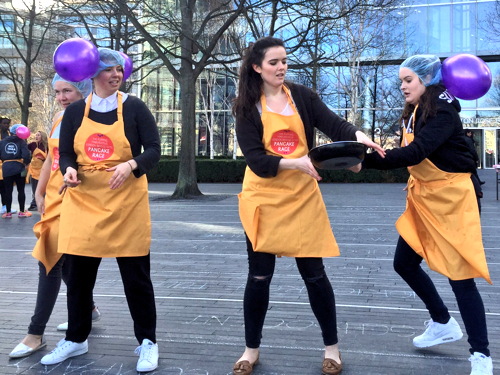 The OXBO Bankside restaurant at the Hilton London Bankside took advantage of the newly pedestrianised Price's Street for its competition which was won by breakfast chef Ali Asgar.

Railway viaduct works at Borough Market meant that Better Bankside's pancake race, now in its 10th year, was relocated to the Marlborough Playground in Union Street.

Canon Michael Rawson, sub dean of Southwark Cathedral, presided over the races which were won by the team from Alan Camp Architects after The Real Greek was disqualified at the last minute.

The London Bubble Theatre Company's Flipping Marvellous Pancake Race at London Bridge City is now in its fourth year. This year's winners were the team from the Hot Yoga Society, with More London and Team London Bridge taking second and third place.