Judges from the Royal Hortcultural Society toured London Bridge last month after the area reached the finals of the Britain in Bloom competition. 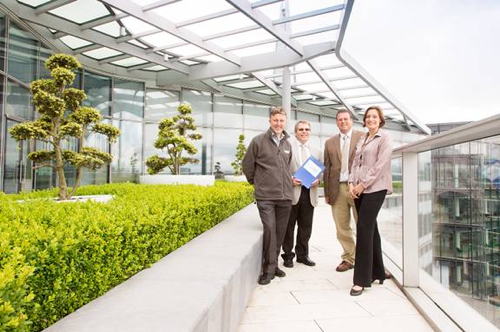 London Bridge is among 72 finalists picked from more than a thousand cities, towns, villages and urban communities.

"After our successes in the London in Bloom awards over the past few years the community is really proud to represent the capital in the urban community category," said Shane Clarke, deputy CEO of Team London Bridge.

"We're confident the judges will have been impressed by the work that has transformed Gibbons Rents into a beautiful new 'sociable garden' and the continuing dedication of the local businesses and residents to increasing flowers, trees and gardening initiatives throughout London Bridge."

Roger Burnett, chair of the RHS Britain in Bloom UK judging panel, said: "Our finalists have had to endure difficult weather conditions and ongoing council cuts.

"But this is why I'm even more excited than normal, because I love seeing the imaginative ways communities that overcome challenges.

"It was reported that groups were pulling out of Britain in Bloom because of these problems but, in fact, we've had a 10 per cent increase in the number of groups signing up this year.

"Nothing fazes our volunteers and RHS Britain in Bloom 2012 represents a sense of community spirit and endeavour which is an inspiration to us all."

The results will be announced at St Peter Port, Guernsey on 6 October.