A plaque telling the story of the Vertical Garden at Devon Mansions has been unveiled. 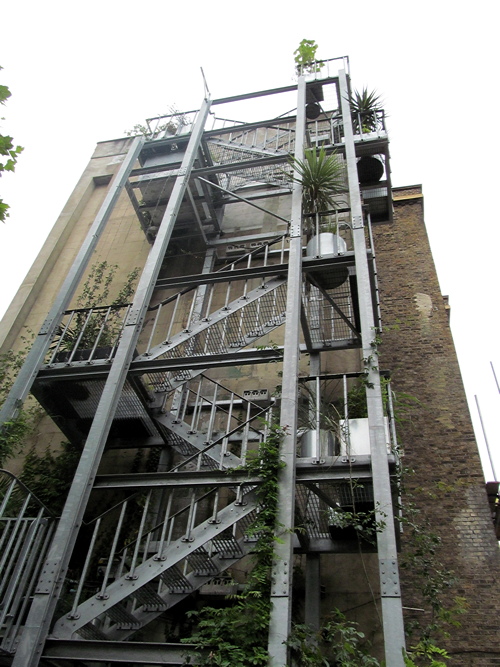 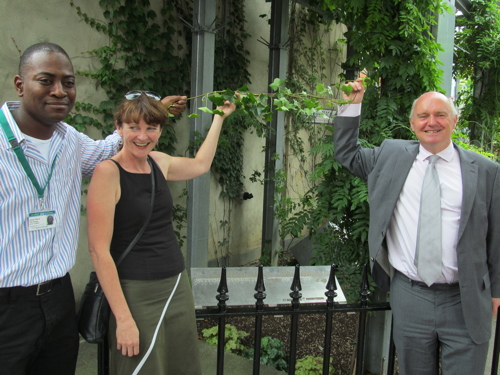 The Vertical Garden, at the corner of Tooley Street and Tower Bridge Road, was built four years ago in a collaboration between the American artist Mark Dion, landscape architects Gross Max and Fair Community Housing Services.

Now a plaque has been unveiled which explains some of the planting choices and the care of the plants has been placed in the hands of the gardeners who look after nearby Potters Fields Park.

"This is an absolutely wonderful example of welcoming nature into the urban environment, and in doing so facilitating a harmonious connection between the historical landscape and the the alive and thriving natural environment," said Cllr Barrie Hargrove, Southwark's cabinet member for environment, transport and recycling, as he unveiled the plaque at the end of last month.

"Originally built in 2007 [sic], it has just been refurbished and an agreement made with the Potters Fields Park Management Trust to carry out regular maintenance.

"It's a great opportunity to celebrate this gateway into Southwark and cultural landmark for the local community."