Local residents are being invited to submit their ideas to make the area cleaner and safer. Borough and Bankside and Bermondsey Community Councils have nearly £700,000 to spend on small environmental improvements. 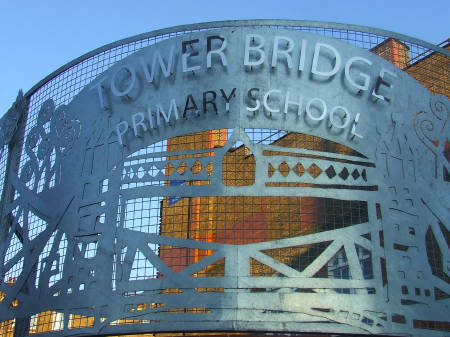 Now in its seventh year, Southwark's Cleaner Greener Safer programme invites proposals for lasting environmental improvements costing anything from £1,000 to £25,000.

"I applied for a small bit of funding to help with our village hall garden," says Christine Parsons of Bermondsey Village Hall.

"When it was announced at the meeting that I'd won £25,000 of improvements, I nearly fell off my chair! I'd recommend it, definitely, as it's made such a difference to everyone who uses the hall."

Although many schemes funded in past years have yet to be implemented, examples of completed schemes in SE1 include the improvements to Falmouth Road Park and the creation of a peace garden in Little Dorrit Park.

The CGS scheme also provided £30,000 towards the cost of the vertical garden at Devon Mansions.

Local projects currently under way include the pedestrianisation of Clennam Street and the creation of a new public space in the section of Trinity Street between St George the Martyr church and St George's Garden.

"The public's growing appetite for this programme is really encouraging," says
Cllr Jeff Hook, executive member for the environment.

"They're spotting more and more opportunities where they can spruce up their neighbourhood, and it's really heartening to see how our borough is being slowly transformed for the better through people power.

"It's only in Southwark where local people have a direct say like this in spending millions every year to transform their area, in small and large ways."

Anyone can submit an idea – as an individual or on behalf of a group – so long as they live or work in the community council area where they are proposing the scheme.

To be eligible for funding, proposals must bring a permanent physical improvement, so events and maintenance are not suitable.

Applications can be made at www.southwark.gov.uk/cleanergreenersafer until Monday 16 March. Shortlisted applicants will be invited to present their idea at Community Council meetings in May and the final decisions will be announced in June.