Lambeth councillors have approved plans by developer St James for a Rogers Stirk Harbour-designed development on the site of Eastbury House on Albert Embankment. 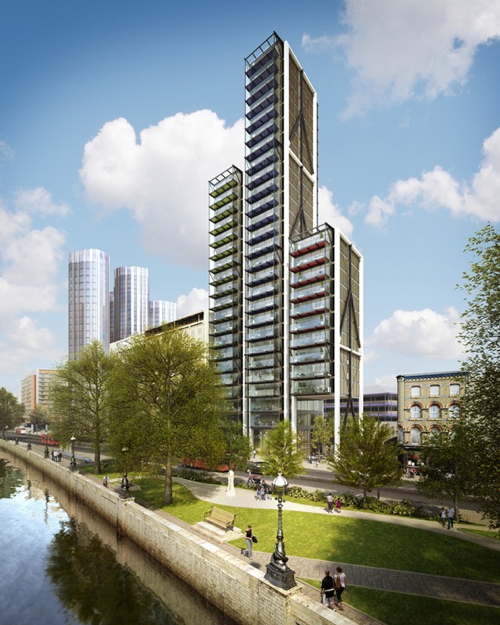 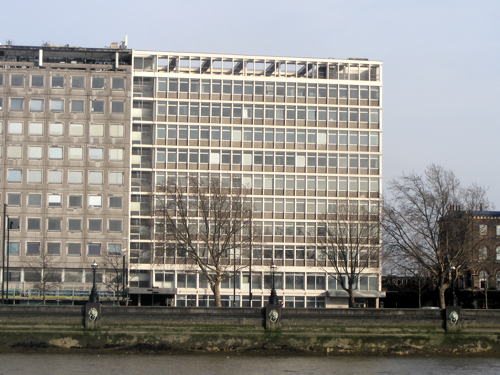 The existing Eastbury House is occupied by Government departments

The plans were approved unanimously by members of Lambeth's planning applications committee on Tuesday night.

The proposed scheme – which has sections of 14, 21 and 28 storeys – incldues 48 homes as well as office space on the lower floors and a cafe at ground level.

14 of the homes will be 'intermediate' shared-ownership affordable housing. There will be no social rented housing provided in the scheme.

Eastbury House is currently occupied by civil servants working for the Department for Environment, Food and Rural Affairs (Defra) and HM Treasury.

She said that Freshwater welcomed the regeneration of Albert Embankment but feared that north-facing windows in the new tower could prejudice the redevelopment of Prince Consort House.

"St James is part of of the Berkeley Group which has funds available to start work on-site without the need for third-party funding, and this has enabled St James to keep building throughout the recession," said Sean Ellis, chairman of St James Group.

He added: "The [Government's] lease expires in June next year and we fully intend to start on site as soon as they vacate."

The scheme has been praised by Design Council Cabe (formerly the Commission for Architecture and the Built Environment) who described it as a "well-proportioned building of pleasing dimensions".

Lambeth Council leader Steve Reed said: "We're expecting up to 3,500 new homes to be built in the Vauxhall area alone within the next ten years.

"We will continue to work with developers to make sure we get good quality, well designed schemes that contribute towards our vision to recreate a lively riverside town centre."