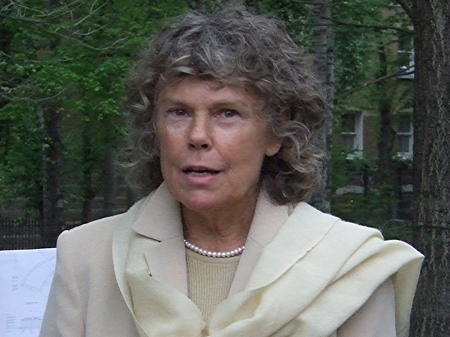 The MP was speaking at the annual public meeting of Guy's and St Thomas' NHS Foundation Trust held on Wednesday evening at St Thomas' Hospital.

"All five of the members of Parliament across Southwark and Lambeth have written to the [trust] chief executives expressing our concern not just at the way this has been handled but also asking for some very careful consideration as to whether a merger ... is really the way forward to achieve what we all want to see," Kate Hoey told the public meeting.

"I would urge a little bit of caution ... this is not something that should be rushed into.

She added: "The community has not been involved in any way whatsoever."

To applause, Ms Hoey concluded: "On behalf of all the other MPs, we will not allow this merger to happen unless we are absolutely clear that it is really going to benefit the people we represent and the wider interests of the National Health Service."

Sir Hugh Taylor, chairman of Guy's and St Thomas' NHS Foundation Trust replied: "None of this is going to happen in haste. We've a long way to go until a concrete decision is taken to go in this direction.

"We've effectively manoeuvred ourselves into a position where all the King's Health Partners – the local trusts and the university – see, as we set out in the strategic outline case, potential benefits of doing this but I recognise that these have got to be articulated much more crisply and explicitly in terms of benefits to local patients."

He added: "Kate's words of caution are well taken. They are echoed in the council of governors and they are echoed in our board. We are not running headlong into this with our eyes closed but we do see potential benefits."

The Vauxhall Labour MP also questioned hospital bosses about their plans to hand over the running of the outpatient pharmacy service to Sainsbury's, describing the move as "the thin end of the wedge".

Sir Hugh said: "I think it is important to remind colleagues that local pharmacy services in the NHS have been provided by retail providers and pharmacists since the inception of the NHS. There's nothing new about organisations outside the NHS providing pharmacy services.

"The reasons we have made this decision are partly financial. We expect to make, between ourselves and the commissioners, a saving of around Ł3 million as a result of doing this because of the different treatment for VAT purposes of local pharmacy providers and hospital pharmacy providers."

He said patients would also benefit from longer pharmacy opening hours and a wider range of services as a result of the new arrangements.