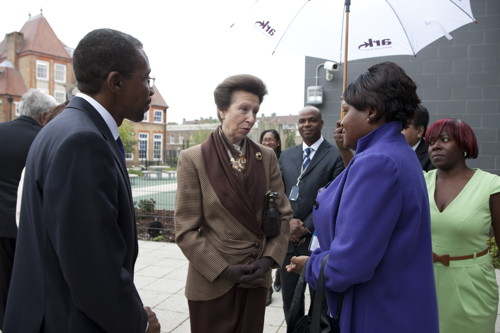 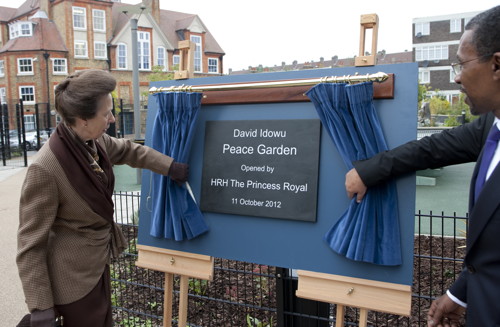 The Princess Royal visited Walworth Academy last Thursday and dropped in on a science lesson and orchestra rehearsal.

The Princess is patron of the Restorative Justice Council and as part of her visit unveiled a plaque to open the David Idowu Peace Garden.

David Idowu, who lived in Borough and attended the Walworth Academy, was fatallly wounded in Tabard Gardens in 2008 when he was aged 14.

The Princess met Grace Idowu, David's mother, who with her husband Tim has worked tirelessly with the community and the Government to combat knife crime.

As part of her visit, Princess Anne attended a discussion with year 8 pupils who are involved in the school's restorative justice Programme. Cllr Althea Smith, the Mayor of Southwark, and Graham Robb, chair of the Restorative Justice Council, also attended the visit.

"It was an honour to welcome Her Royal Highness the Princess Royal to Walworth Academy and to have her open the memorial garden," said principal Devon Hanson.

"Staff and students very much enjoyed meeting her and talking about life at the school and we were delighted to be able to show her a range of the academic and extra-curricular activities on offer at the academy."