An initiative to help local businesses compete for contracts linked to major regeneration projects has been launched by Canary Wharf Group and Qatari Diar, the joint venture developers of the Shell Centre on the South Bank. 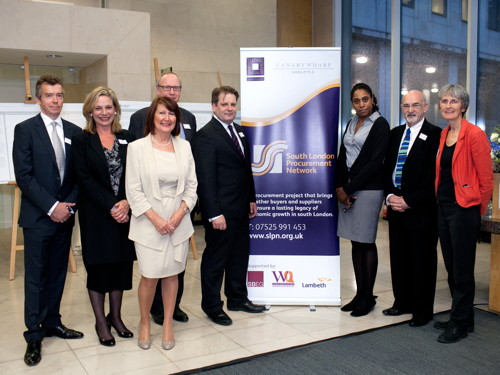 The not-for-profit South London Procurement Network will work with small and medium-sized enterprises in Lambeth and more widely across South London to help them access and bid for contracts from major businesses and projects in the area.

The SLPN will be based at the Shell Centre with two permanent staff led by manager Alex Webb.

Their activities will include recruiting a network of businesses who are inviting contract bids from local companies, working with SMEs in the areas to assist them with contract bids, and holding networking events for suppliers and buyers to meet.

In the first year alone, the SLPN aims to register 500 local firms and assist 200 of them in becoming ready and equipped to tender for contracts from major companies.

"There is a wealth of business opportunities for SMEs in Lambeth and across South London if they can make the connection with the many buyers in the area who are issuing contracts," said Alex Webb.

"The role of our network is to make those links a reality and so to stimulate business and employment in this important part of London."

The Shell Centre developers have already committed to place contracts worth more than Ł1 million with firms in the area.

Spokesman Howard Dawber said: "There will be many business opportunities as we move forward with the proposed redevelopment of the Shell Centre, and we are determined that as many as possible should be secured by small companies based in the local area.

"Beyond that, we expect the South London Procurement Network to become a catalyst for a growth in commerce across the area, and in doing so, to deliver longer term benefits to the local business community."

The new network builds on Canary Wharf Group's experience of a similar scheme which has operated in East London since 1997 which it claims has helped local firms secure more than Ł750 million worth of business at Canary Wharf, with 84 per cent of the contracts valued under Ł10,000.