Three new towers ranging from 15 to 27 storeys in height are to be built on Albert Embankment after Lambeth's planning applications committee unanimously approved a scheme by Foster & Partners. 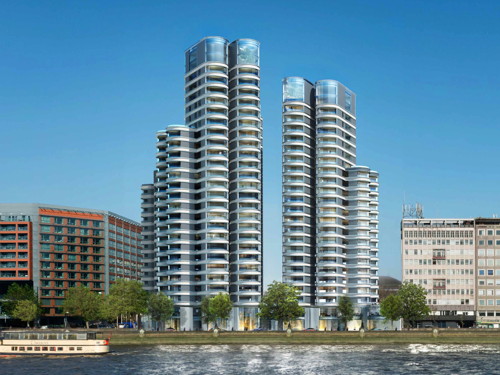 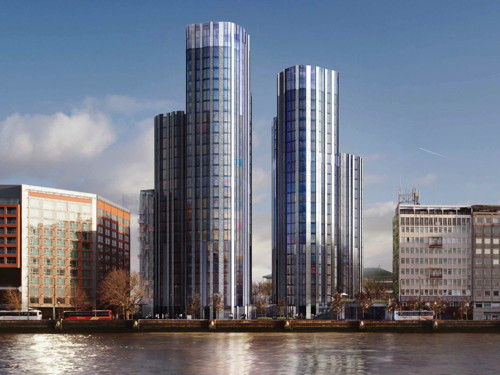 The 2008 scheme had a more commercial appearance 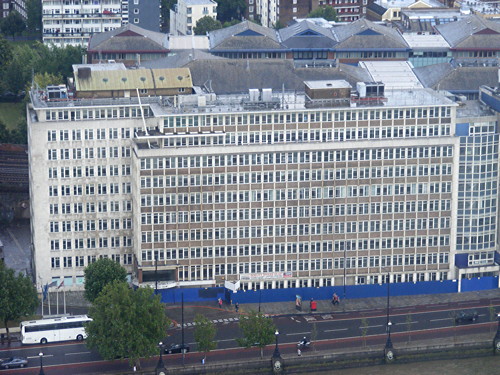 Hampton House as it is now

Five years have passed since a similar scheme – also by Foster & Partners – was approved by the council.

Since then the site has been acquired by developer St James – part of the Berkeley Group – which has redrawn the proposals to be residential-led.

Sean Ellis, chairman of St James, told the committee: "Hampton House is an important site to St James for a number of reasons.

"First, it represents a significant further investment in regeneration in Lambeth, and follows on from the proposals to regenerate the neighbouring Eastbury House site which members approved last August and where we are on track to start on site this summer.

"It will also provide an opportunity to provide new headquarters for St James, as ... we intend to relocate our business here."

Mr Ellis said that when the company acquired the site last year there was the opportunity to make "significant improvements" to the previously approved redevelopment scheme.

The revised scheme won unanimous support from the committee, with Cllr Diana Brathwaite congratulating the architects on a "brilliant design" and Cllr Brian Palmer describing the proposals as "excellent".