Dozens of volunteers from groups across Southwark were recognised for their hard work at the Southwark Stars awards last week. 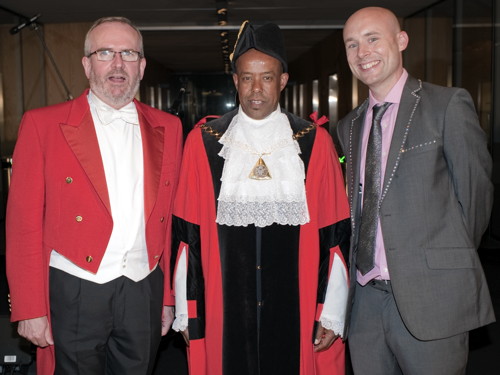 93 people from 36 local groups received awards from the Mayor of Southwark at the ceremony held last Thursday at the council's Tooley Street headquarters.

The 36 organisations represented at the awards included Actionplus Foundation, HMS Belfast and Tabard After School Project.

The Southwark Stars scheme is organised by Volunteer Centre Southwark.

Based at Elephant & Castle Shopping Centre, Volunteer Centre Southwark promotes, supports and develops volunteering across the borough, working with both individuals and community groups.

"Today we say thank you to everyone who volunteers to try and make the community a better place."

Cllr Veronica Ward, cabinet member for culture, leisure, sport and the Olympic legacy, said: '"Southwark was one of the borough's that contributed the highest number of volunteers to last years Olympic games, and this amazing legacy of volunteering is being celebrated today.

"Unsurprisingly we have in Southwark many inspiring volunteers, congratulations to everyone."

Speakers at Thursday's event included Simon Hughes MP. He said afterwards: "Southwark, like the rest of Britain, is a more civilised place because of the time and effort people give in their free time to help their neighbours or their wider community.

"As people live longer, many people have more spare time in their lives and find that volunteering gives additional opportunities for local services and personal satisfaction as well.

"Volunteer Centre Southwark does an exceptional job in matching volunteers to volunteering opportunities. Clive Pankhurst, the centre's chief executive, and all his team do a top-class job and their role in the borough becomes more significant with every year that passes."

As well as the Southwark Star awards, The Volunteer of the Year awards recognises truly exceptional members of the community who have gone above and beyond what is expected of them to make a difference in other people's lives; and whose volunteering has made an outstanding contribution to their community in Southwark over the last year.

• The Inspiration Award was presented to Julie Hunton for her work with Southside Young Leaders' Academy.

• The Residents' Champion Award was presented to Jeanette Mason

• The Keib Thomas Award presented to Luis Curay for his work supporting the Latin American community.