Six cyclists and pedestrians who have died on the streets of SE1 in the last five years were among those remembered at a vigil outside City Hall on Friday evening. 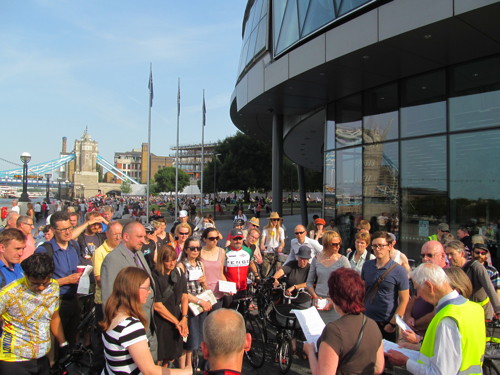 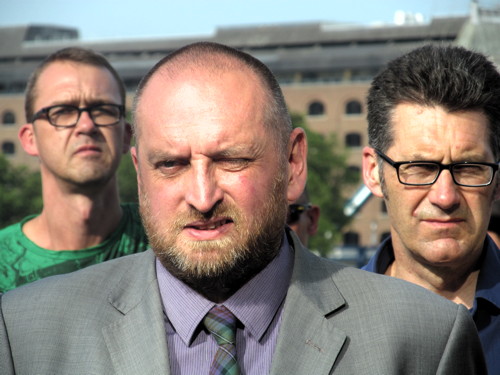 Darren Johnson AM, chair of the London Assembly, attended the vigil

The vigil was called in response to the death of cyclist Philippine de Gerin-Ricard in Aldgate last Friday, and a yet to be named pedestrian in Fulham on Monday, who were killed in collisions with lorries.

The See Me Save Me campaign is dedicated to reducing lorry danger and saving lives, and calls for the elimination of the blind spot through the use of HGV safety technologies such as sensors and cameras.

It also highlights other measures that are being implemented to prevent collisions between lorries and cyclists and pedestrians, as well as supporting bereaved families and those seriously injured by lorries in navigating the justice system.

The roll-call of victims of road traffic collisions involving lorries which was read out at the vigil included the following people who died on the streets of SE1:

The vigil was co-ordinated by RoadPeace, the national charity for road crash victims, and supported by British Cycling, CTC, Living Streets and the London Cycling Campaign.