A nine-year-old girl from Bankside has urged the Mayor of London to reverse plans to close Southwark Fire Station. 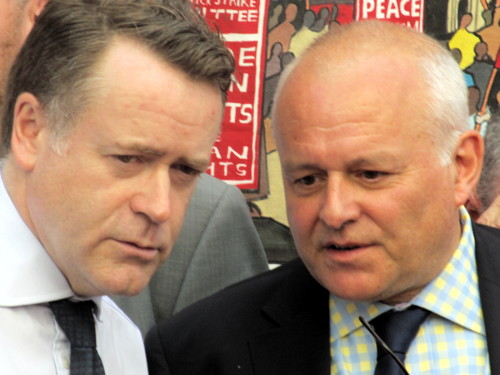 Juliet from the Peabody Estate in Southwark Street called the Mayor on his Ask Boris phone-in on LBC 97.3 the morning after he had issued a direction ordering the London Fire & Emergency Planning Authority (LFEPA) to press ahead with the closure of Southwark and nine other fire stations.

The nine-year-old said that she had been scared by a recent fire on her estate which was tackled by the crew from Southwark Fire Station.

"You can't have a more heartbreaking plea than that, can you?" said the Mayor.

"But we've got to look at the steps we can take that will continue to make London safer from fire."

He added: "I think if you look at what's happening overall in fire cover in London... the story just in the last few years: the number of deaths from fire have come down, the number of fires has come down very sharply and I do have to look at that when I'm making my mind up about this plan."

The Mayor continued: "If there are problems with her estate and with fire exits and water cover, then we need to make sure that is dealt with."

"I understand people's feelings and there is no doubt that people do feel very strongly about it."

Cllr Peter John, leader of Southwark Council, said: "I am hugely disappointed to hear that the Mayor of London has ignored hard facts as well as the opinion of the majority, in ploughing ahead with his brutal fire cuts.

"Fires in Southwark are on the increase and it is madness to respond to a growing demand for fire services by cutting firefighters and fire stations.

"The Mayor has failed to show how fewer stations, fewer firefighters, and slower response times won't cost lives in Southwark. We know there are other ways for the fire service to make savings.

"We have offered to help the Mayor but he has ignored this, choosing instead to push through these cuts with sheer bloody-mindedness. This is a dark day for Southwark, and all of inner London."

Bishop's ward councillor Peter Truesdale, who leads the Liberal Democrat group on LFEPA, said: "The Mayor has repeatedly failed to listen to the London Assembly and the elected members of London's fire authority.

"Most importantly when consulted over the Fifth London Safety Plan the public overwhelming rejected the Mayor's plans to drive through the closure of one in ten fire stations across London.

"The fight to maintain London's fire service and ensure that there is no fire station closures must carry on."