Fire engines from Lambeth and Old Kent Road fire stations have been taken off the road by the London Fire Brigade as bosses prepare for possible strike action. 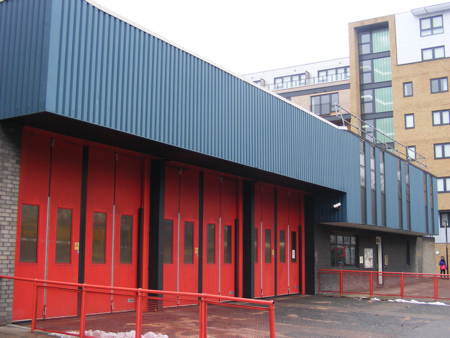 27 fire engines have been been temporarily removed from fire stations across London as part of the brigade's contingency plan to prepare for a potential strike over firefighter pensions by the Fire Brigades' Union (FBU).

The FBU is currently balloting its members to take national strike action over the Government's reforms to the Firefighters' Pension Scheme.

The ballot opened on 18 July and closes on 29 August with the results being announced on that day or soon after. Based upon previous notice periods the first possible date for strike action could be Thursday 5 September.

"This dispute is between the FBU and Government, but as the national strike may involve London, we have a legal responsibility to prepare for the possibility of strike action in September," said London Fire Commissioner Ron Dobson.

"This is not a decision I have taken lightly and I am not presuming the ballot will result in a yes vote, but I need to ensure contingency plans are in place, which is why I've arranged for the temporary removal of 27 fire engines.

"I'd also like to point out that the dispute is completely separate to my Fifth London Safety Plan, which, amongst other things, proposes to close ten fire stations and reduce the number of fire engines by 14."

All of the fire engines will come from two appliance stations, meaning all of London's fire stations will continue to be available to provide a response to emergency incidents.

The other two fire stations in SE1 – Dockhead and Southwark – each have a single fire appliance.

During a strike the 27 engines would be deployed at strategic locations across London and would be used by a private contractor to provide basic fire cover for the capital.