Residents of a housing association-owned development in Bermondsey have launched a campaign against rent rises of up to 40 per cent. 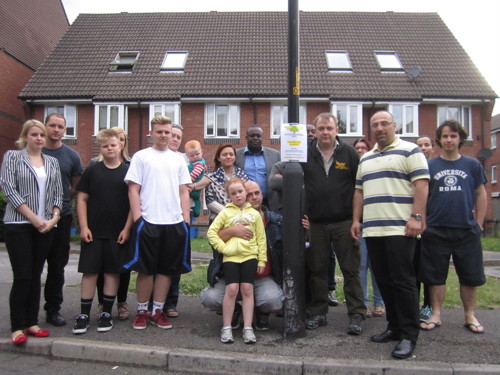 "I hope to meet with the chief exec of Notting Hill Housing Trust and Simon Hughes MP to urgently discuss this and see if the rent rises can be stopped or at least reduced.

"I want her to explain why this increase has been levied at such short notice and why it is necessary."

Notting Hill Housing Group – founded in the 1960s to provide affordable homes in West London – has a stated aim of investing Ł500 million over the next five years in a portfolio of 2,000 homes to be let at market rents.

Notting Hill Housing chief operating officer Andy Belton said: "We are currently renewing tenancy agreements at St James Place, as those of the previous management company have remained in place since we purchased the scheme in 2011. As part of this, the rental rates have been reviewed for the first time in approximately four years."

Notting Hill claims to have spent Ł1 million on improvements to the homes.

Mr Belton added: "The updated rental rates are aligned with each property's true market value, though still remain below the like-for-like average in the SE1 area.

"For 99 of the 183 homes, these are higher than those paid in previous years. For the majority of those affected (approx. 80 per cent) the adjustment is less than 20 per cent, while a total of 10 properties have a proposed increase of 30 to 40 per cent.

"In these cases we are looking at options to phase in the adjustment over the next few years and are working with individual residents on this."

Notting Hill says it apologises for "any alarm caused by the nature of the original proposals and hope to resolve any outstanding concerns over the coming weeks".