Transport for London has named Triangle London Developments as its preferred bidder to redevelop a large plot of vacant land on Southwark Street. 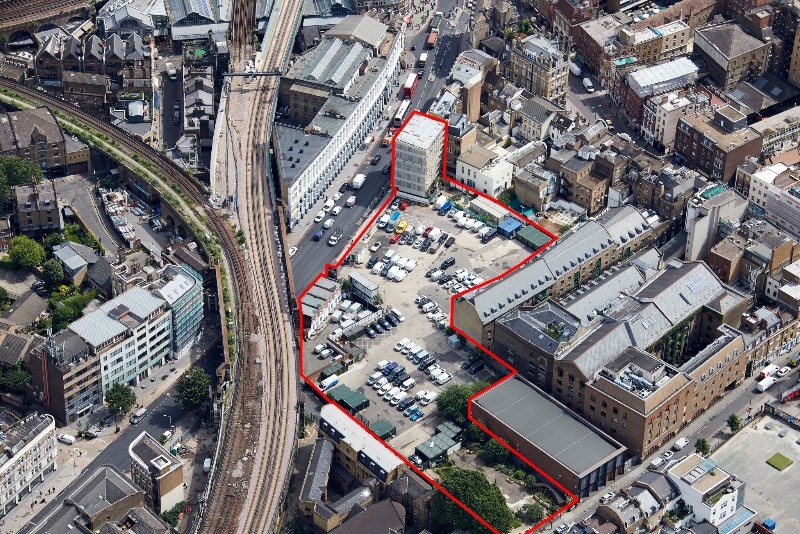 Triangle London Developments is a consortium of U+I and Notting Hill Housing and is one of the partners on the TfL Property Partnership Framework.

The site – known as Landmark Court – was bought by London Underground for use as a worksite for the Jubilee line extension in the 1990s and was later used by Network Rail as part of the Thameslink Programme.

Last year Sadiq Khan visited Landmark Court within days of his election as Mayor of London and pledged to 'fast track' the redevelopment of the site.

TfL says that the land has the potential to deliver about 130,000 sq ft of new commercial, retail and work space.

Approximately 80 new homes will be built, at least 35 per cent of which will be affordable. City Hall had previously suggested that more than 100 homes could be built on the site.

The community garden at Cross Bones Graveyard will be protected, with TfL negotiating a new lease with Bankside Open Spaces Trust.

"We look forward to establishing a long-term, joint venture partnership with Triangle London Developments to contribute to the Bankside neighbourhood, which has been known for centuries as a hotbed for London's creativity and independent businesses," said Graeme Craig, director of commercial development at TfL.

"The development at Landmark Court will also provide vital revenue to invest in London's transport network."

"There is huge opportunity to create something very special here that really adds to and compliments the fabric of the neighbourhood.

"We are looking forward to working with the local community and Southwark Council to bring forward plans that celebrate the identity of this place, respects the history of the site, and creates a vibrant future."

Subject to contracts, agreements and planning permission, the redevelopment could be completed by 2022.

• The council is currently consulting on a revised planning policy for the Landmark Court site, including the provision of north-south and east-west pedestrian routes through any new development. The council is prioritising commercial redevelopment of the site, with homes and hotels also deemed acceptable.