Thousands of cyclists converged on the South Bank on Monday night to take part in a protest ride to Parliament organised by the London Cycling Campaign. 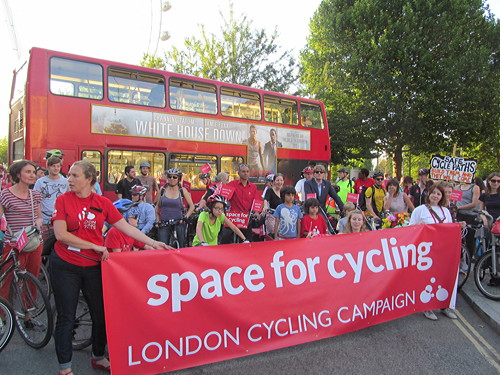 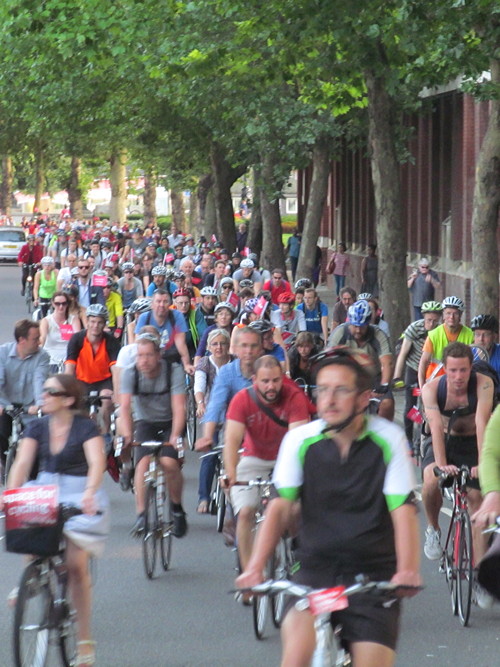 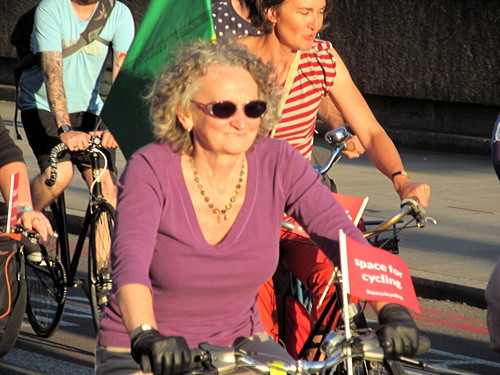 The Space for Cycling demonstration, which coincided with a Parliamentary debate on cycling, was intended to send a message to Mayor of London Boris Johnson.

The protesters gathered at Jubilee Gardens on Belvedere Road before crossing Westminster Bridge and returning to the South Bank via Lambeth Bridge, forming a ring of cyclists around the Palace of Westminster.

The LCC is calling for segregated cycle lanes on main roads and at major junctions, as well as cyclist-specific traffic lights to keep bikes separated from fast-moving and heavy motor traffic.

Campaigners are also calling for local streets to be made more pleasant for pedestrians and cyclists by cutting the speed of motor traffic and eliminating rat-runs.

The protest brought traffic around Waterloo and Westminster to a standstill and caused delays to bus services.