Southwark Council's planning committee has approved plans for a ten-storey building to replace a pub and a mansion block in Blackfriars Road. 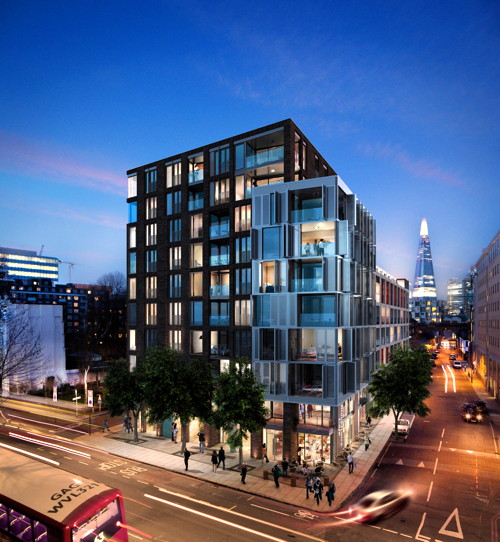 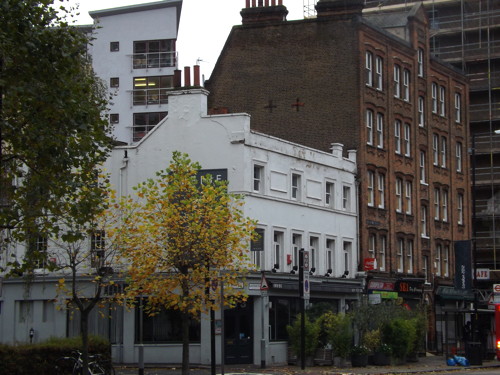 To be demolished: the Imbibe bar and St George's Mansions

Planning officers had originally recommended that councillors reject the application due to a lack of 'affordable' housing, but an eleventh-hour offer from Linden Homes saw the number of affordable units jump from 17 to 27 out of 87. This was deemed to be acceptable by officers.

The Blackfriars Road site is bounded by Surrey Row to the north and Pocock Street to the south. To the east is Pakeman House whose owner, the City of London Corporation, withdrew its objection.

Development will mean the demolition of the Imbibe bar and St George's Mansions which had the SE1 Dry Cleaners, a newsagent and the Blackfriars Cafe on the ground floor. The cafe, which closed this summer, has been offered space in the completed development.

The original proposals for a 27-storey tower led to the formation of a campaign called Blackfriars Action for Responsible Development which held a mass demonstration against the scheme last December.

The current 10-storey scheme designed by Rolfe Judd was unveiled earlier this year.

The council's own conservation areas advisory group has warned that the scheme is a "conservation disaster for the regeneration of the Blackfriars Road".

Other objectors included the Georgian Group and the Victorian Society.

"Heritage is not simply architectural merit," he said in describing consultants' reports on the existing buildings as looking very much like hatchet jobs trying to prove that the buildings had no merit at all.

"The pub is one of only two buildings in Surrey Row that was around in Charles Dickens' time. They are a big local history draw."

Showing photographs of the existing "cluster" of buildings he said: "They sit together. They frame the community garden. They are of a scale."

Mr Tolson, who called for the decision to be deferred, said: "The developer wants this to be a showcase development for its design and construction excellence but this development is not that."

He pointed out that Pakeman House was within the King's Bench conservation area and feared that the height of the building would have an impact on the "Nelson Square green oasis" and what would grow there. The Surrey Row community garden was an important local facility and he considered that the daylight analysis in the report had clearly been written by a non-gardener.

Cllr David Noakes, addressing the committee on behalf of his Cathedrals ward constituents, welcomed the increase in affordable housing but said he was still asking for refusal. He questioned the density, height and massing as well as the proximity to Helen Gladstone House.

In reply to questions, Linden Homes managing director Steve Bangs said that consideration had been given to keeping the existing buildings but a new build solution had been deemed appropriate. Without sufficient residential accommodation the site would not be viable.

Mr Bangs, who claimed the scheme to be exemplary, added: "I have no desire to deliver ugly buildings in your borough or anywhere else in the country."

The committee voted four to three in favour of the scheme, with Labour members backing the application and Lib Dems voting against.

"The scheme includes 27 new, affordable homes for people in the borough, which the council successfully pressed for an increase in.

"The new building will help to deliver our vision for bringing Blackfriars Road back to life and link the regeneration areas of Bankside and Elephant & Castle."