Labour Party leader Ed Miliband has written to Lord Rothermere to complain that a reporter from the Mail on Sunday turned up uninvited at a private event at Guy's Hospital on Wednesday. 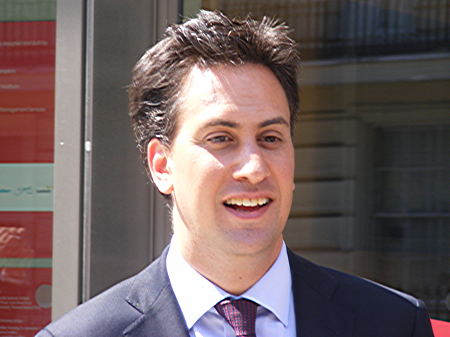 "Yesterday I spoke at a memorial event held at Guy's Hospital in London for my uncle, Professor Harry Keen, a distinguished doctor who died earlier this year," wrote Mr Miliband in his open letter to Lord Rothermere, proprietor of the Mail group.

"It was an event in a room on the 29th floor of Guy's Hospital which was attended only by family members, close friends and colleagues.

"I was told by one of my relatives late yesterday evening that a reporter from the Mail on Sunday had found her way into the event uninvited.

"I also discovered that, once there, she approached members of my family seeking comments on the controversy over the Daily Mail's description of my late father as someone who 'hated Britain'.

"My wider family, who are not in public life, feel understandably appalled and shocked that this can have happened.

"The editor of the Mail on Sunday has since confirmed to my office that a journalist from his newspaper did indeed attend the memorial uninvited with the intention of seeking information for publication this weekend.

"Sending a reporter to my late uncle's memorial crosses a line of common decency. I believe it a symptom of the culture and practices of both the Daily Mail and the Mail on Sunday."

Professor Keen, who worked at Guy's Hospital from 1961, was a pioneer in the field of diabetes treatment. He died in April at the age of 87.

Mail on Sunday editor Georgie Greig said: "The reporter was sent without my knowledge; it was a decision which was wrong.

"Two journalists have been suspended and a full investigation is now being carried out."